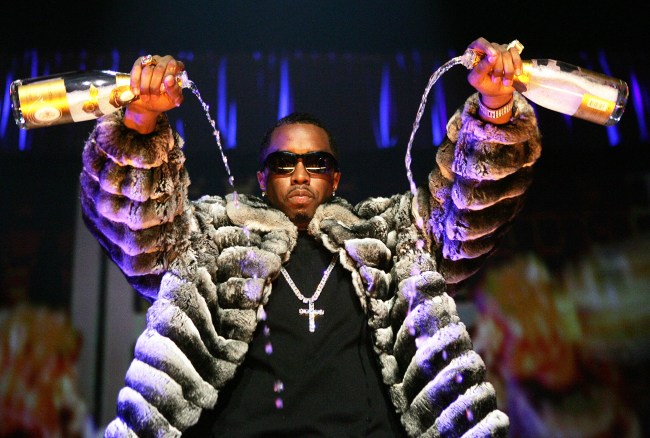 After Jerry Richardson stepped down as the owner of the Carolina Panthers after reports surfaced that he was kind of a creepy guy, there was plenty of speculation about who would buy the team that was valued at over $2 billion. As is tradition, the frontrunners were a bunch of rich white dudes, but things took an interesting turn when Diddy decided to throw his hat into the ring.

The music mogul had the support of athletes including Steph Curry and Colin Kaepernick, who Diddy said he would sign as a quarterback if he managed to acquire the team. Unfortunately, his net worth is about one-third of the value of the Panthers, and despite meeting with investors to raise funding, he ultimately lost the bid to one of the aforementioned rich white dudes.

That opportunity might have fallen through, but even if every owner in the league gets ousted, Diddy says he’s no longer interested in owning an NFL team after the league instituted a policy banning players from kneeling during the national anthem. According to The New York Daily News, he shared his thoughts on the situation on Thursday, saying:

“I was one of the two last bids for the Panthers. Man, I really wanted to go in there and be a part of the NFL and try to be a positive change. This last move, though, I don’t even want to own an NFL team no more. I don’t want to be associated with oppressing black men. I don’t want to be associated with telling grown a– men what they can do and cannot do.”

The new policy has drawn plenty of criticism from people who still believe in the whole “freedom of expression” thing, and at least one NFL owner has agreed to pay the fines of players who defy it. When you also consider some players are threatening to sit out until Kaepernick is signed, this is shaping up to be a very interesting season.