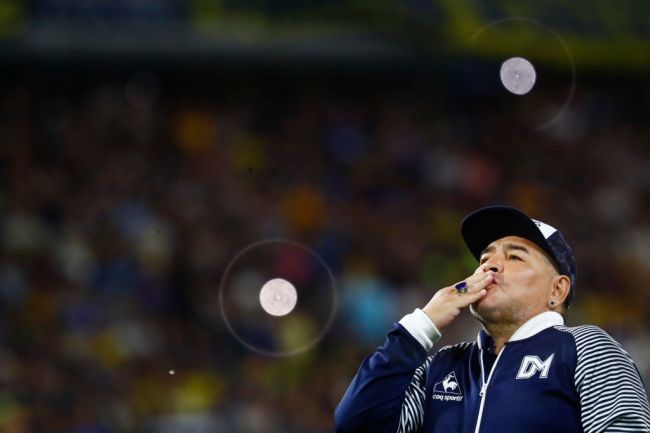 Diego Maradona’s doctor, Leopoldo Luque, is reportedly under investigation following the soccer legend’s death on November 25. According to The Mirror, Luque’s house in Argentina was raided four days following the death after Maradona’s lawyer called for a full investigation into the circumstances involved with the death. Luque is reportedly being probed for possible medical negligence.

Shortly after his home was raided, an emotional Luque took part in a televised news conference and claimed that he was being turned into a “scapegoat” for Maradona’s death.

“There was no medical error,” Luque explained. “You want to know what I am responsible for? For having loved him, for having taken care of him, for having extended his life, for having improved it to the end,” according to Agence France-Presse (AFP).

Luque went on to say that he looked at Maradona as a “father” not as a patient. He also stated that the soccer legend should have been in rehab for his drug and alcohol abuse and that he was kicked out of his home after making such suggestions.

“Diego did what he wanted,” Luque said about his drug and alcohol use. “Diego needed help. There was no way of getting through to him,” he said, calling him “unmanageable. I’m proud of everything I’ve done. I have nothing to hide. I am at the disposal of justice.”

The preliminary autopsy report established that Maradona had died in his sleep on Wednesday of “acute lung edema and chronic heart failure.”

The prosecutor’s office said in a statement that no charges had been brought, but the probe would continue.

Related: Even The Hopes Of Millions Couldn’t Outweigh The Demons That Diego Maradona Carried