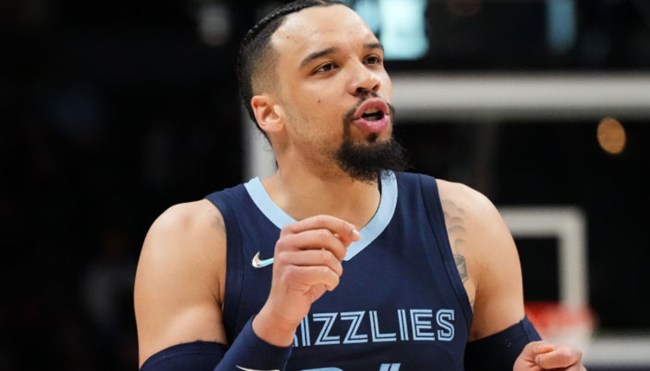 The second-round playoff series between the Warriors and the Grizzlies got off to a fairly chipper start courtesy of the controversial foul call that resulted in Draymond Green getting ejected halfway through Game 1. However, it had nothing on what unfolded when the two teams faced off in Memphis on Tuesday.

Green was forced to head to the locker room less than four minutes into the contest after taking Xavier Tillman’s elbow to the face (and sent Grizzlies fans a firm message in the process), which occurred shortly after Dillon Brooks was sent to the Grizzlies locker room for the remainder of the game for the flagrant foul he committed while Gary Payton II was driving to the hoop.

Dillon Brooks was ejected for this flagrant 2 on Gary Payton.

The play not only sidelined Payton for the remainder of the game but will likely keep him off the court for at least three weeks thanks to the broken elbow he suffered as a result of the play Steve Kerr described as “dirty” when he tore into Brooks following the game.

There was little doubt the NBA would hand out some additional disciplinary action following the contest, and on Thursday, the league did exactly that when it announced Brooks will serve a one-game suspension that will prevent him from playing in Game 3 on Saturday.

Now, you could argue Brooks is essentially serving a two-game suspension based on how early into the contest the play he was ejected for occurred. However, when you consider Payton will likely be out of commission until June, plenty of people were hoping the league would send a message by hitting the Memphis shooting guard with a lengthy mandatory hiatus.

As a result, many fans were not shy about voicing their displeasure.

One was the minimum.

At least that happened.

But we’ll be treated to multiple games where GP2 sits on the sideline in a cast and Brooks plays. That’s pretty messed up. https://t.co/eigrfXzYLR

It’s better than nothing but I was hoping for at least games 3 and 4 for breaking someone’s arm. And game 5 for that dynasty comment.

Should be for the rest of the series

For what it’s worth, plenty of Grizzlies fans also came to his defense (including some who believe he didn’t deserve to be suspended at all) while throwing more shade at Green.

1.) He got injured not by the foul but because of how he tried to catch himself.
2.) Would they have suspended Draymond if BC broke his wrist? I don’t think so.
3.) If Brooks is suspended on a toss up should Poole be suspended for violating an automatic rule of leaving the bench? https://t.co/fEnVQMAkro

Draymond Green didn't get suspended because Brandon Clarke is better at landing.

If GPII never got hurt or if Steve Kerr never cried would y’all do this? Bc this is a bit excessive.

If what Dillion brooks did was unnecessary and excessive what was draymond’s?? Suspensions should be for what occurred when the e foul happened not the aftermath

Something tells me tensions might be a bit high this weekend.