D.K. Metcalf Details His Legitimate Plans To Become An Olympic Athlete At The Paris Games In 2024 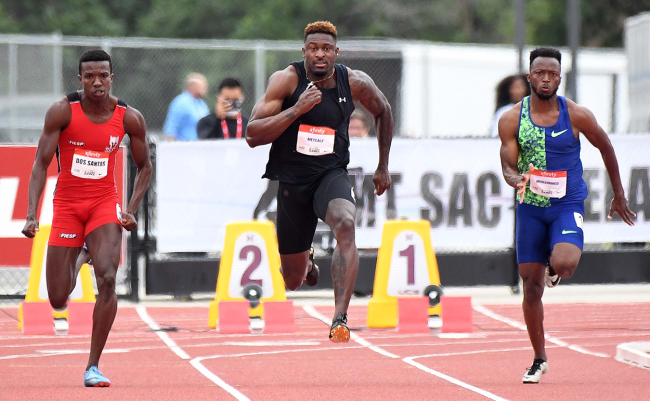 D.K. Metcalf has legitimate dreams of chasing an Olympic medal. The 24-year-old wide receiver is considered one of the faster players in the NFL but he doesn’t want to be known only for his play on the gridiron.

Metcalf wants to compete at the 2024 Summer Olympics in Paris.

This has been a dream of his for awhile, but once he recovers from a recent procedure that he underwent in January, he has legitimate plans to make it a reality. Metcalf recently joined Taylor Rooks of Bleacher Report and said that he is not just running to run.

.@dkm14 says he's legitimately training to sprint in the 2024 Olympics.

Metcalf’s quest to compete at the Olympics began in May of 2021 when he ran at USATF’s Golden Games. Although he did not finish where he had hoped, it was the first step toward making Team USA.

There is no denying Metcalf’s ability to run.

When he is on the track, Metcalf looks like a man amongst boys.

D.K. Metcalf made his pro track debut today and looked like a giant pic.twitter.com/d0C4XDmiaU

However, Metcalf is set out to sprint for Team USA in the 100-meter-dash at the Paris Games and there isn’t anyone stopping him but himself. How cool would that be?!