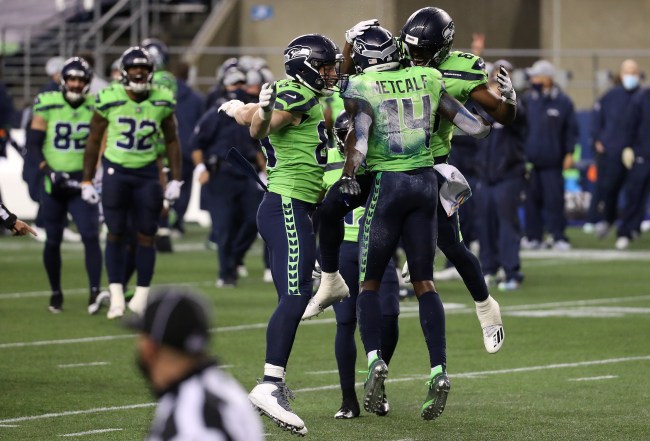 DK Metcalf is an absolute freak of nature.

Not only is Metcalf built like the incredible Hulk but he also has some insane speed for his size.

During Sunday night’s Cardinals-Seahawks game, Metcalf showed off his speed when he chased down Cardinals DB Budda Baker after a Russell Wilson interception and prevented the Cardinals from scoring a touchdown on the play.

DK Metcalf's speed s unreal, how does he catch up???? pic.twitter.com/XKlKXGmJG7

According to NFL Next Gen Stats, DK Metcalf reached a max speed of 22.64 MPH while running down Budda Baker on Baker's interception.

The only higher max speed by any player who made a tackle this season was by his defensive teammate Shaquill Griffin, who hit 22.75 MPH in Week 3. pic.twitter.com/tBvpdVg8n4

DK hit 22.64 MPH on that TD saving tackle, the 2nd-fastest speed on a tackle this season 😱 @dkm14 @Seahawks

Update: Metcalf is now blocking for the Seahawks.