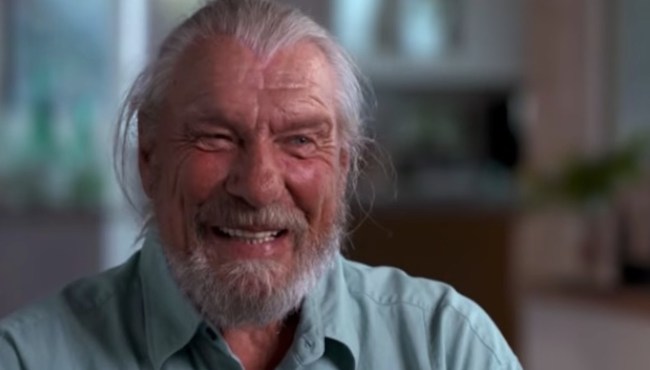 Don Nelson is basically the OG of NBA head coaches. Not only did he finish his illustrious career with more regular season victories than anyone in history, but he’s also credited with changing the way the game’s played these days, having a major influence on the run and gun, three-point arsenal that teams like the Golden State Warriors play. Oh, he’s also a big stoner who plays poker at his house in Hawai’i now that he’s retired, so, yeah, the dude’s a legend.

While Nelson has mainly stayed away from hoops since his retirement, we got a quick glimpse at what the coaching legend was up to during a recent interview on HBO’s “Real Sports with Bryant Gumbel”, with the host traveling to Don Nelson’s Hawaiian compound to catch up with all that’s going on. Among the things discussed were weed, poker and a bunch of other hilarious stuff, but one thing that some New York Knicks fans might be interested in was Nelson admitting he tried to pull off a major trade while coaching the team in 1995-96.

According to Nelson, he approached Knicks owner James Dolan about trading Patrick Ewing for Shaquille O’Neal — who was set to become a free agent. Dolan didn’t seem to like the idea at all, and gave Don Nelson the boot just a month or so later, despite leading the coach leading the team to a 34-25 record before his midseason firing. So why’d Don Nelson want to trade a franchise legend in Ewing? As he told Gumbel, he basically thought he was washed up.

Nelson: “Yes. It cost me my job … I said, ‘You need to trade Patrick Ewing. And you need to trade him right away. There’s a guy by the name of Shaquille O’Neal that’s available, would love to come to New York. And we can jump in there and beat the Lakers out and get this guy. And we should do it.” And of course it got back to Ewing, and I was done. I was toast (laughing).”

Gumbel: “Why’d you wanna trade him?”

Nelson: “I didn’t think he had very much left in the tank. And he was one-dimensional. He was, you know, he was interested in rebounds and points. And that was it. And I thought that we could do better.”

Gumbel: “What’d Dolan think when you said that?”

Nelson: “He listened. But I got fired about a month later. So somebody didn’t like it.”

Now, considering Patrick Ewing was 33 years old that season and Shaq was just 23 and becoming a dominant force in the league, it would’ve probably been smart for the Knicks to have taken Don Nelson’s advice. Instead, they stuck with the aging center until he was 37 years old with terrible knees and little-to-no mobility, rather than take a flier on, arguably, the most dominant big man the NBA has ever seen. Smart move.