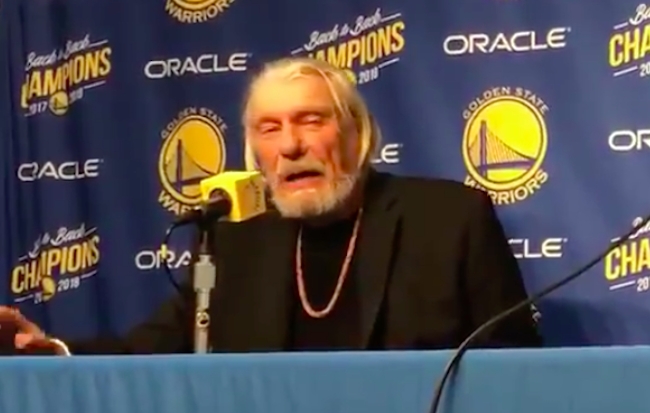 The Golden State Warriors have been the most dominant force in the NBA in recent memory, and if you were hoping this would be the year when they finally decide to stop running the league, you’re probably not too thrilled with how they’ve been playing so far.

The Warriors have won three championships in the past four years thanks to a dynasty built on the backs of Steph Curry, Klay Thompson, and Draymond Green, who got a little bit of help from Kevin Durant when he decided he wanted to get in on the action a couple of years ago.

Of course, Steve Kerr also deserves a ton of credit for helping the team turn things around after he took the helm in 2014 and never looked back. I’d say Kerr is the best coach the Warriors have ever had based on what he’s achieved during his relatively short tenure but I don’t want to go that far at the risk of offending the legend who is Don Nelson.

Nelson made a name for himself as a player by winning five championships with the Celtics before pivoting to coaching and proceeded to become the winningest coach in NBA history. He had two stints with the Warriors over the course of his run, and while he didn’t manage to win any titles, he did earn a hell of a lot of respect.

Nelson has been away from the game for a while now but he popped up at Oracle Arena on Thursday, reuniting with Stephen Jackson and Jason Richardson, who were members of the “We Believe” squad that had an unlikely playoff run in 2007.

While there, a reporter asked the legend how he’s spending his retirement, and based on his response, he’s putting his time to good use.

Don Nelson asked what he’s been doing after basketball: “I’ve been smoking some pot.” pic.twitter.com/67cncPYzsh

No wonder Jackson was so proud.

I couldn’t help but notice it looks like the coach has started to morph into another Nelson with a fondness for marijuana (or a stoned version of Ian McKellen), and according to CBS Sports, Willie was actually the guy who turned the coach onto weed after he moved to Hawaii. As if that wasn’t good enough, the two reportedly play high-stakes poker games with Owen Wilson and Woody Harrelson on a regular basis.