Former NBA Player Stephen Jackson Admits To Getting Stoned Before Games, And How One Head Coach Was Chill About It 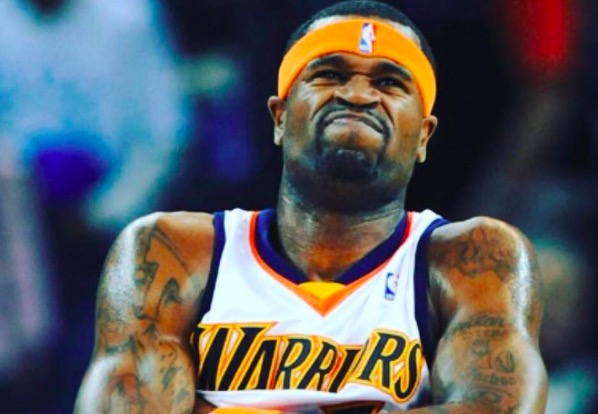 It’s no secret that many NBA players, or professional athletes for that matter, smoke what the kids refer to as ‘marijuana cigarettes.’ Ex-NBA player Chauncey Billups said that players don’t just use pot for the aches and pains that accompany the NBA grind, but for performance-enhancing reasons, even going so far as to say some players performed better when high because it helped them focus.

Most recently, former NBA player Stephen Jackson, openly admitted to smoking pot before games. Jackson revealed this tidbit on the I Am Rapaport: Stereo Podcast hosted by actor Michael Rapaport.

“I just gotta be real, you know, it’s been a couple games where I smoked before games and had great games,” Jackson said on the podcast, which was posted Friday. “It’s been some games where I smoked before the game and was on the bench after three minutes sitting on the sideline, ‘Please calm down. This high has to calm down’ — I done shot three shots that went over the backboard, like, I’m going to be honest, like, ‘Ahh, I gotta calm down.'”

Jackson also said that Don Nelson, his coach when he was with the Golden State Warriors, was chill AF with his players smoking that wacky tobaccy.

“We’re in Utah, and the [league’s] drug test people are around, you know, to get our last drug test so we can smoke, right? Don Nelson, we talked about weed all the time. He was cool with talking about weed. We got our last test in Utah, right? So me and [teammate] Baron [Davis] are coming out the locker room just screaming, excited with our last pink slip saying we could smoke for the rest of the season, and Don Nelson hauls ass down there giving us high-fives, like, ‘Yeah, we can smoke now!'” Jackson recalled. “It was cool, the fact that he knows what’s going on off the court with his players, which was great, man. We enjoyed it. That’s why we were a great team.”

Sure looks like Donny Nelson turned his players into stoners. There’s no way in hell you can convince me that Dirk and Nash weren’t taking gravity bongs to the face after practice with those surfer haircuts.