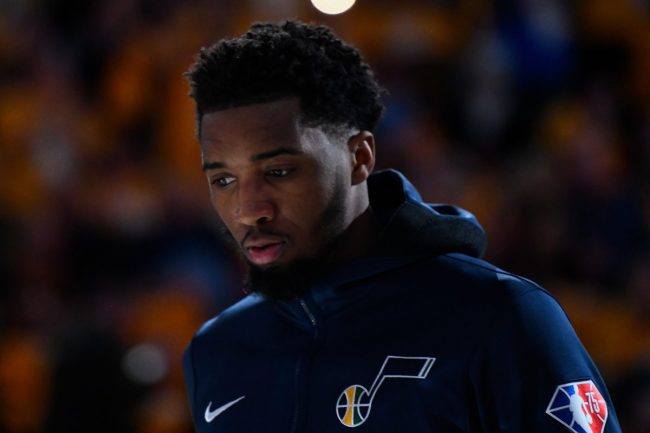 Donovan Mitchell has been at the center of trade talks all offseason. The Jazz star has been shopped around after leading the team to the playoffs in 2021.

Mitchell has been linked to many organizations, but the Knicks appeared to be the team sticking out. It was originally rumored that there was a deal in place sending the guard to New York, but those talks fizzled. With the Knicks recently signing RJ Barrett to a long-term deal, those pursuits may be all but over.

But despite the feeling that he might not end up in New York, Mitchell appears to be on his way out of Utah. Spida seemed to confirm those beliefs by scrubbing his social media of any Jazz affiliation on Tuesday morning.

After fans saw that Mitchell had erased his Jazz affiliation from Twitter, they began debating where he might end up next. The Heat, Wizards, Cavs, and Hornets have all been linked to the guard.

NBA followers are hoping that he’ll end up on their team before the start of the 2022 season.

Miami fans seem to have the most optimism.

Some Knicks fans are still holding out hope.

Here are a few of the other reactions on social media. Wizards anyone?

How is the Jazz front office taking this news?

We may know soon where Spida will be playing his ball in the upcoming season. Mitchell’s latest Twitter move has to have Jazz fans antsy.