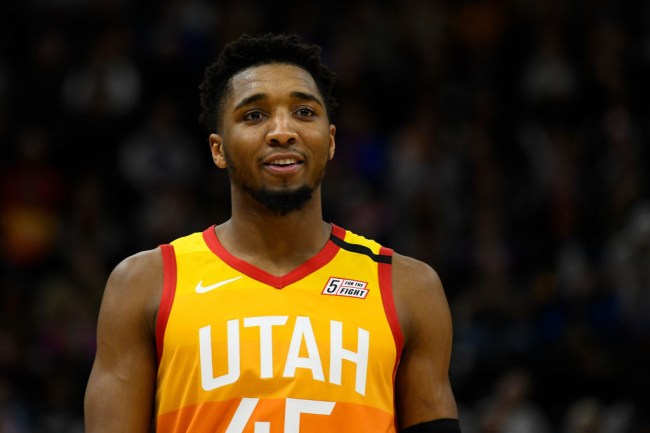 While it’s been an especially strange few days in the world of sports, the Utah Jazz have been in the middle of it all after the NBA announced it would be suspending its season after a Jazz player tested positive for coronavirus.

It turned out the player that tested positive was Rudy Gobert, who made it a point to mock the severity of the virus by touching everyone’s things in the media room just two days before testing positive.

Hours later it was revealed that teammate Donovan Mitchell also tested positive for coronavirus. Interestingly enough, Mitchell was caught on camera joking with fans about the coronavirus during warmups of the Oklahoma City – Utah game that was eventually canceled due to Gobert’s illness.

Donovan Mitchell to a fan last night before the game:

“y’all can’t touch it, y’all might have the virus.” (the ball) pic.twitter.com/c2WSnCgqGQ

On the one hand, it’s not the best of looks for Mitchell, or anyone really, to joke about the virus, but on the other hand, him messing with fans by saying they can’t touch the ball may have avoided the spread of the virus to the fans he was talking to. It would have been much worse for him to have been passing the ball back and forth with fans now that we know he’s tested positive for coronavirus.

On Friday morning it was reported that there is some tension within the Utah Jazz locker room after both Gobert and Mitchell tested positive for coronavirus earlier in the week. According to ESPN’s Adrian Wojnarowski, “the Jazz are fortunate that they don’t have to get back together and start playing games again right now. There is a lot of work to do to repair relationships…there’s a lot of frustration with Gobert.”

Mitchell appeared to take a bit of a shot at Gobert in his public statement when he pleaded with fans ‘to behave responsibly’ during the crisis.

The Donovan Mitchell and Rudy Gobert bromance has ended pic.twitter.com/T7fPJQoAKY