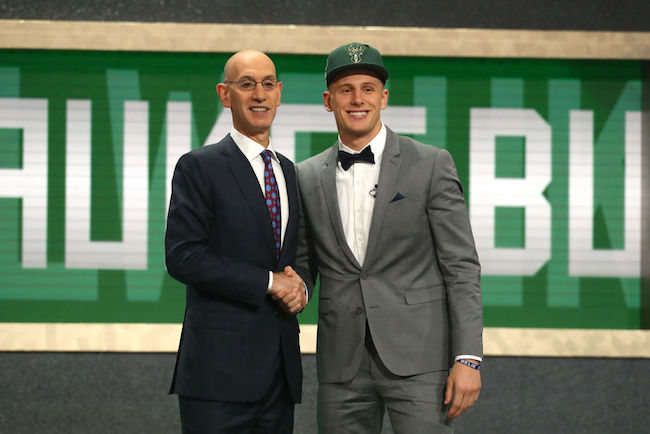 If you’ve seen Broke, you know how easy it is for players who made tens of millions of dollars over the course of their career lose it all because they gave their uncle money to buy a strip mall or forgot taxes exist. It’s such a problem that multiple leagues put rookies through a special program to teach them how to not be idiots when it comes to managing their finances (in addition to other valuable life lessons about the potential perils of being a professional athlete).

It might be hard for the normal person to fathom how someone can make a boatload of money and manage to lose it all but I can understand why it can be hard for people to resist the urge to ball out after signing a life-changing contract. It’s easy to forget that a ton of guys who get drafted out of college are just as broke as the typical college student— including former Villanova standout Donte DiVincenzo.

DiVincenzo was drafted by the Milwaukee Bucks with the 17th pick in this year’s draft— an honor that comes with a contract that will pay him over $2 million during his first year in the league. However, it appears the ex-Wildcat hasn’t officially signed on the dotted line based on a photo of his bank account balance, which currently sits at a cool total of $3.71.

Donte Divincenzo is all of us the day before pay day

The picture was snapped by fellow Buck D.J. Wilson while the two of them were chilling at a casino in Las Vegas, where I assume DiVincenzo spent most of his time playing the penny slots. I wish him the best of luck in never having to get an email from his bank reminding him how broke he is again.