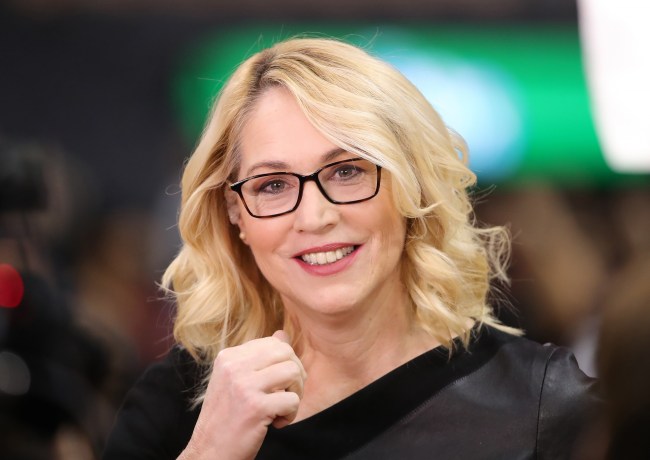 Before she became the first woman to be a full-time NBA analyst on national television, Doris was a Jersey girl and youngest of eight in a gritty, blue collar Irish-Catholic family. For those unaccustomed to Irish-Catholic upbringings, the swear-to-hug ratio is about is 15:1 and the food sucks.

Doris earned the starting point guard position on Manasquan High School girls varsity team as a freshman and before she was done, became the school’s all-time leading scorer and the best player head coach Dick Johnson coached in 25 years.

This woman don’t play. She’s like the Javaris Crittendon, but actually good and not a murderer. That was a really bad example, so lets cut to the clip.

Oh, what. You think she said “nice looking finger roll”?

Go on and believe that. I choose to believe that a woman who grew up rocking the Official Haircut of The Cracker Barrel isn’t immune to dropping soem fucks on national television.

Listen to Doris Burke on this inbound violation / shaqtin' a fool moment from LeBron James pic.twitter.com/kbNzbr7shv