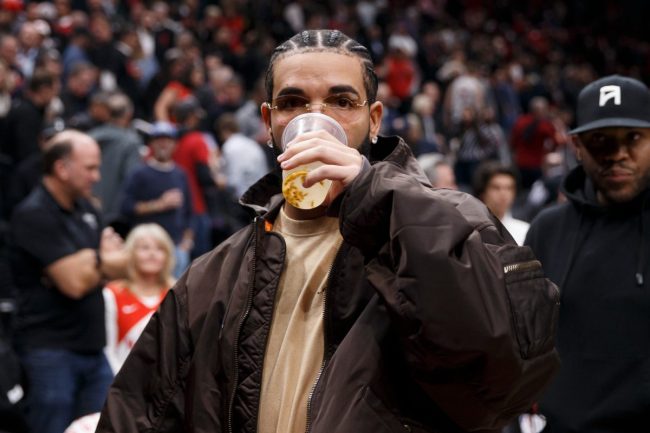 The famous “Drake Curse” could have its next victim, and it comes in the form of the Alabama football team. The Crimson Tide are set to be the national title favorites after bringing back both the nation’s top defender in Will Anderson and Heisman trophy winner Bryce Young.

But it may now be out of their hands.

Even having legendary head coach Nick Saban roaming the sidelines might not be enough to overcome a curse that’s brought defeat to potential championship winners in every sport imaginable.

Once the rapper jumps on your team’s bandwagon, you can expect the worst. We’ve seen it happen in basketball, football, and hockey.

If Drake is betting on a team or rocking their gear before a big game, it’s over.

That’s now the case for Alabama as Drake might’ve put the voodoo on the Crimson Tide with the 2022 season quickly approaching.

Fans speculate Drake curse for Alabama ahead of football season

Drake was seen sporting an Alabama Crimson Tide jersey over the weekend, leading many to believe that the team has been cursed before the season even begins.

👀 the Drake curse has moved on to Tuscaloosa https://t.co/pzvbF5e7p0

Some are saying the curse will affect the outcome of the very first game, when the Crimson Tide take on Texas in the season opener.

Texas is going to beat Alabama. Book it. https://t.co/5BcKNkSI2w

You won’t find many opposing fans that are too torn up about it. They’ll take every advantage possible as Alabama is expected to be absolutely stacked this season.

Some fans are already moving their money to back other national championship contenders. Ohio State might have the best odds outside of the Crimson Tide of landing a College Football Playoff title.

Putting the house on THE Ohio State now

We’ll see if this has any effect on the outcome of the Crimson Tide’s season. Alabama fans are hoping that the Drake Curse doesn’t make its way to Tuscaloosa.