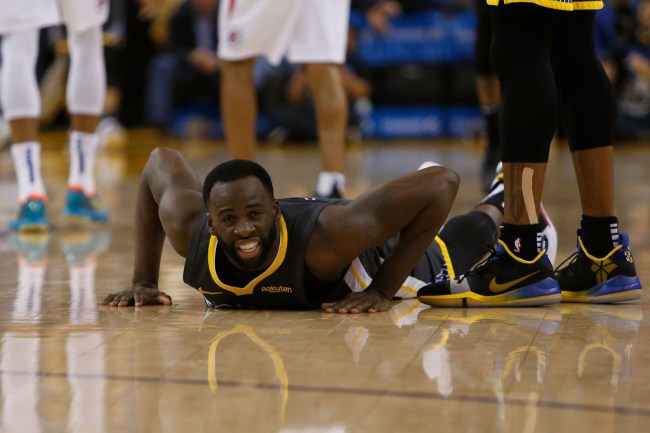 Draymond Green will be a free agent in 2020. He took a reduced contract in 2015 to make way for Kevin Durant the following year. Draymond and KD have engaged in public inter-squad feuds, and considering the perpetual Defensive Player of the Year nominee could be starting down a super max contract when his current one expires, it appears that the 28-year-old will dip his toes in the market.

If he wasn’t considering leaving sunny California, he certainly is after the Warriors official Twitter account posted a Christmas Day graphic fat shaming their three-time All-Star. Prior to the Warriors bad loss to the Lakers, NBA Twitter went ablaze over this:

🗣 Merry Christmas & Happy Holidays from our fam to yours, #DubNation pic.twitter.com/q1TwXZebxX

Draymond is listed at 6’7”, 230 pounds (which is the equivalent to three Kevin Durants). Draymond did not respond to the jab, likely too humiliated by the depiction, but he didn’t need to because everyone else on the internet did.

"And they made Draymond *this* big in the graphic, so my man said he was out. Ended up forming a Big Three in Sacramento pic.twitter.com/hOyx1ivFuM

Draymond after seeing this pic.twitter.com/y33nGWPMtN

It was about time this meme got an upgrade pic.twitter.com/0amaubMwmx

Draymond is a thicc girl
What an absolute unit
She c h o n k
Look at the size of this lady
OH LAWD SHE COMIN
Another Internetism ! pic.twitter.com/XDCdyo66o9