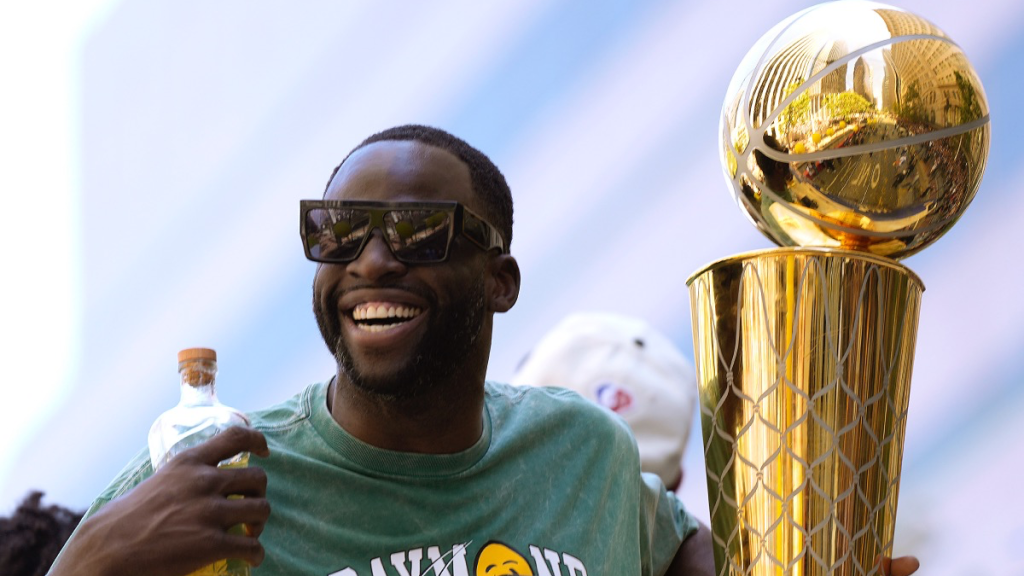 On the latest episode of the Draymond Green Show, the Golden State Warriors big man didn’t hold back at all. Draymond Green went scorched earth on the league over their relatively lax handling of the Robert Sarver situation.

The allegations against Phoenix Suns owner Robert Sarver first came to the public’s attention in October 2021. Calling the allegations ‘workplace misconduct’ seems like a gross mischaracterization of what he was accused and later found to have done. After the initial bombshell report, the NBA initiated an investigation that included over 80,000 documents and interviews with 320 individuals.

Here is the full episode of Tuesday’s Draymond Green Show from The Volume, with Draymond’s quotes below:

Draymond Green started out relatively calm, saying “it’s a little baffling to me that we’ll walk into the arena next year. The Phoenix Suns will walk into the arena next year, he’ll sit on the sideline and we’ll just continue on playing. So the one thing that I am going to need is someone to explain to me why is it that it was OK to get rid of (Donald) Sterling, but it’s not possible to force Robert Sarver to sell after what we read?”

Things began to escalate with Draymond Green saying “to think that someone like Robert Sarver, acting in that manner, can continue to represent us, that’s bulls–t!”

On the subject of getting Robert Sarver out of the league like Donald Sterling, Draymond said “I’m asking that there be a vote. If that’s the only way, then let’s see what those numbers are. Let’s see what they are.”

Draymond further added “to get suspended for one year and fined $10 million, I mean, the only way you get suspended for one year and fined $10 million is if you are the owner of an asset and you can’t be fired. Because I think anyone else in the NBA who — and especially from a front-office standpoint, like maybe not a player, although we’ve seen players get thrown out of the league for less — would 1,000% be fired if half of the things that came out of the investigation into Robert Sarver came out about anyone else.”

"To think that someone like Robert Sarver that's acting in that manner can continue to represent us? That's bullshit"

Only in the NBA.

One of the best parts about the NBA is players have a voice and are actually able to speak up against the league’s decisions. Imagine what the NFL’s head brass would do if one of their stars was speaking out against the league like this?

It doesn’t take a rocket scientist to figure out which side the NBA world sides with / would side with. Draymond Green is clearly on the side of his peers and colleagues.

The NBA’s first game of the 2022/23 season is less than a month away. Things could certainly change between now and then. It will be interesting to see how this story continues to develop.