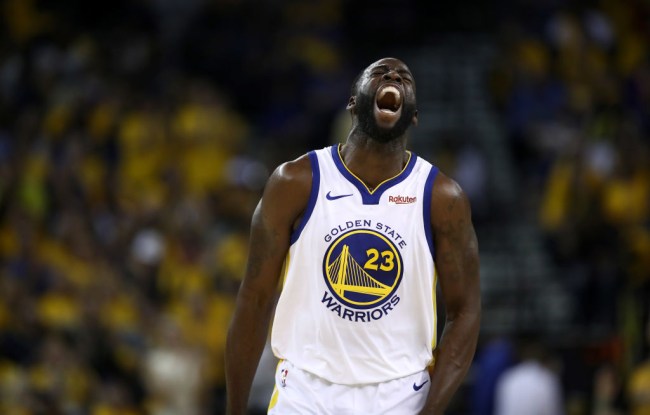 A couple of weeks ago, the NBA struck fear into the heart of Kevin Durant (as well as some other players) when it announced it would be changing the way it measures the official height of the league’s athletes.

For years, the NBA has evaluated how tall people are based on their height when they have shoes on but it apparently took them longer than it probably should have to realize that’s not the most accurate way to do so.

Last week, we learned the first major player to fall victim to the new regulations was Zion Williamson, who was listed as 6’7″ during his time at Duke but saw his height fall to a relatively paltry 6’6″ when he was measured by the powers that be.

However, he’s far from the only person to suffer the same fate.

Beginning this season, the NBA has implemented a new rule that emphasizes accurate height measurements 🏀

Which height change on the list was the most surprising? 👇🏼🧐#NBATwitter pic.twitter.com/KlmQA38wgO

As you can see, Draymond Green got dinged even harder when he was downgraded a full two inches. However, he’s not going down without a fight.

On Wednesday, the Warrior hopped on Instagram Live to prove to the world once and for all he is decidedly not 6’5″ despite what you may have heard by conducting his own evaluation.

Draymond giving us video evidence of his actual height 😆

Now, I understand why a lot of short guys want to make sure every single inch is accounted for, but once you reach the six-foot mark, most people really stop giving a shit. However, I guess the same can’t be said for Green.

My thoughts and prayers go out to him during this difficult time.