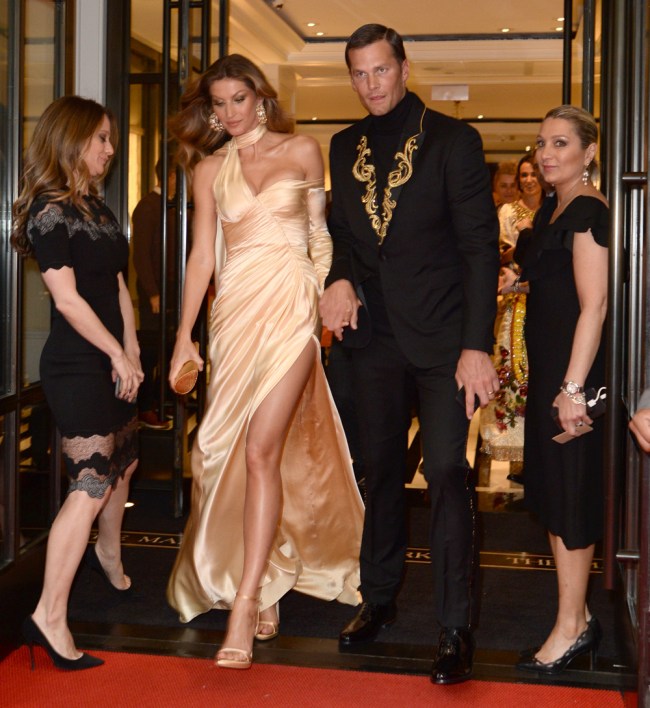 As far as weeks go for Tom Brady, this hasn’t been one of his best. Granted, even Tom Brady’s worst weeks are better than 99% of the rest of the population’s. That being said, when you live in the rarified air that he does, getting mocked not once, but twice publicly in the same week is not the norm for TB12.

The second public mocking this week happened when a story came out about the time Brady sent a text to Ichiro Suzuki in 2017 asking if he could come meet him and study Ichiro’s stretching system. After scrollng to the bottom of the text, Ichiro saw that it was from “some guy named Tom Brady.” He then proceeded to ask his coaches, “Who the fuck is Tom Brady?”

The first public mocking took place when Brady showed up to the annual Met Gala with his wife Gisele Bundchen wearing an outfit that made him look like a cross between a James Bond villain and a matador.

Feels like Tom Brady can move into next chapter of his life as a Bond villain quite well. pic.twitter.com/dgIQqw7ncF

Later, when NBC Sports ran into Drew Bledsoe, the man Brady replaced at QB for the Patriots those many years ago, they naturally had to ask him about Touchdown Tommy’s suit. Bledsoe’s response was tremendous.

“It’s like he lost a bet or something. I mean seriously, it was like a costume party,” said Bledsoe. “But I guess when you’re married to a supermodel, you’ve gotta take some fashion chances. … I would certainly go (to the Met Gala), but I’m not wearing the gold lapels. Come on, come on. He looked like he should have been parking cars at a casino.”

.@DrewBledsoe weighs in on Tom Brady's #MetGala outfit and his analysis is hilarious pic.twitter.com/xcAYG7scVQ

So good. And so are these…

tom brady at the met gala looking like hes in oceans thirteen pic.twitter.com/b2cocR7iB1

#TomBrady looks like he had won the 63rd hunger games and returned to watch the 75th pic.twitter.com/CDyiWyyaH9

did not know Cobra Kai had an online MBA program, respect pic.twitter.com/b1BdvqgJS8

I feel like Tom Brady is missing a white cat or shaved cat in this photo. pic.twitter.com/CZ00kjvtxe

Brady, for his part, made it as clear as he could that he did not pick out the jacket. His wife did.

Brady was quick to point out to PEOPLE at the gala Monday evening that his wife, Gisele Bündchen, was the one who chose their looks, with the supermodel wearing a coordinating gold Versace gown.

And the NFL star made it clear that the most glamorous fashion event of the year isn’t exactly a personal highlight in his social calendar. When PEOPLE asked him to name his favorite part of the gala, Brady jokingly replied “the end.”

Don’t feel too bad for Tommy though… 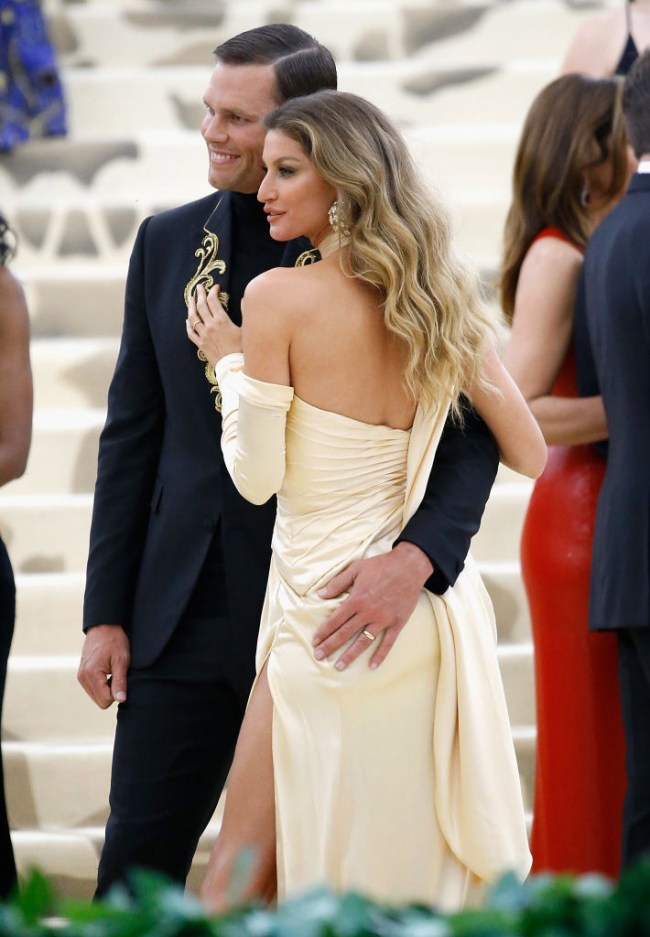 That outfit really is the gift that keeps on giving. Almost as much as this…