Ichiro After Getting Text From Tom Brady: ‘Who The F*ck Is Tom Brady?’ 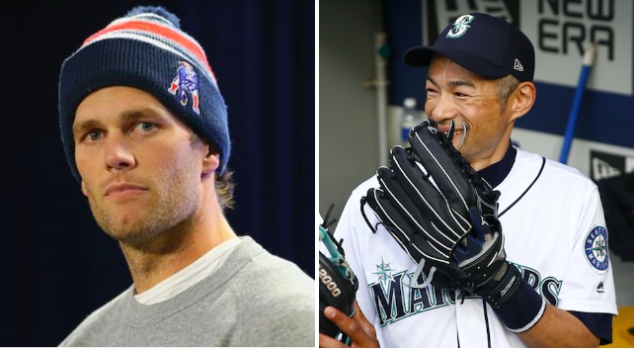 Odds are your grandmother has probably had a sex dream about Tom Brady. She couldn’t tell you the shape of a football or how many points a touchdown is but I’m sure she can tell you the diameter of his chin dimple and intimately describe the shape of his ass in those silver stretch pants. Hey dude, don’t shoot the messenger, your grandma’s the freak, not me.

Point is, other than your grandmother’s sexual proclivity, is that you don’t need to follow football to know who Tom Brady is. Hell, you don’t even have to be a pink hat fan. You just need to be a human being who doesn’t reside under a rock.

Ichiro Suzuki evidently is not that person.

In a recent story in The Athletic, Peter Gammons shared a story about Ichiro receiving a text from an unknown number in the spring of 2017.

One morning in spring training, 2017, he was in the coaches’ room looking at his cell phone text messages. Ichiro told the coaches about one message he had just received from a number he didn’t recognize. The guy said he’d gotten Ichiro’s number from Alex Rodriguez, and that he wanted to come meet him and study his stretching system.

“What’s the guy’s name?” asked one of the coaches.

Ichiro strolled to the end of the text. “Some guy named Tom Brady. Who the f— is Tom Brady?”

It’s unclear why Brady was texting Ichiro but it’s likely he was looking to bond over their shared desire to play until their your grandmother’s age, who, lets not forget, is a freak. Ichiro just retired from playing at age 44. Now he’ll have all the time in the world to learn who one of the famous athletes in the country he’s played in for 16 years is.