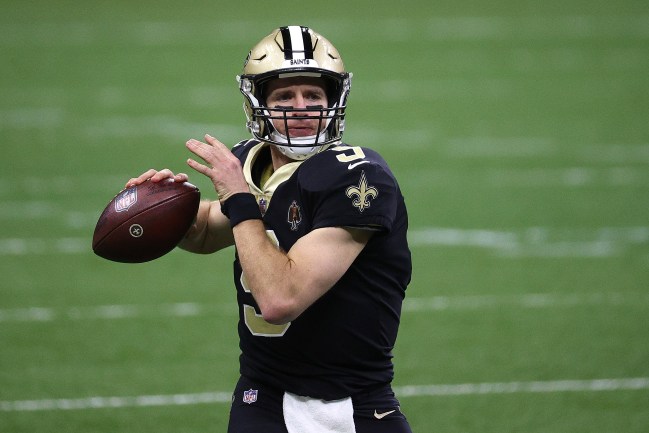 Could Drew Brees actually come back for another season?

Earlier this week, ESPN’s Adam Schefter said he believed Brees was going to retire but that he couldn’t rule out a return because he came back last year despite flirting with retirement.

"If he hadn't come back, I really believe there is a chance that Tom Brady would've been the Saints quarterback this year." – @AdamSchefter on @RichEisenShow

Brees deciding to come back in 2020 surprised the #Saints. Would they had won a SB with Brady?pic.twitter.com/MERNVE9OPY

Here’s the thing on Drew Brees, last year he went into the Saints at the Pro Bowl, and they cried, the coaching staff cried because that was his last game, the Pro Bowl, he was retiring and then he took some time off and lo and behold he came back in March.

There are so many players that plan to retire and to actually get them to it is not a simple thing.

I still think he will retire, but I don’t think these things are black and white, like he’s ready to go out the door just yet even though I do think that’s going to be his decision.

On Saturday, fitness trainer Todd Durkin recently posted a video on Instagram that shows Brees pushing a weighted sled that featured the cryptic caption “Not sure WHY he’s so cra-cra today but something must be brewing.”

Fans saw the video of Brees pushing the sled and were immediately convinced that he was coming back for another season.

LETS GO DREW U STILL GOT ANOTHER 2-3 SEASONS IN YOU! PROVE THE DOUBTERS WRONG! https://t.co/ORp2LoQkeK

I hope it’s for his personal health because my mental health can’t handle another season https://t.co/PdJaSJqHuX

Very cool. So he's coming back to throw 5 yard passes and interceptions for one more year?? #Saints https://t.co/z3qRSm2Jqk