Drew Brees’ Hair Keeps Getting Thicker And Fans Have Questions 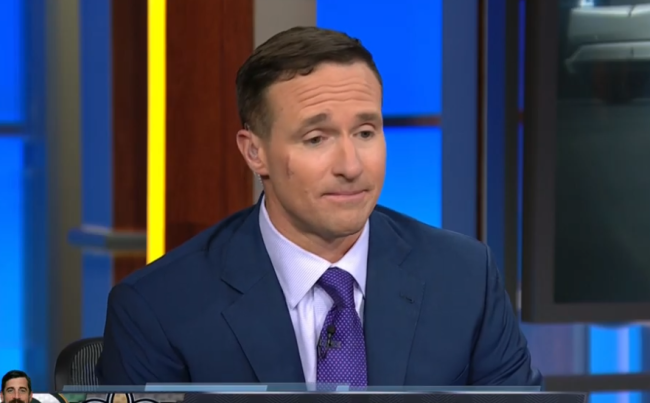 Drew Brees is somehow growing hair now that he’s on TV after balding for years and fans have questions.

On Thursday, Brees went viral after fans noticed his full head of hair.

TRIGGER WARNING FOR THOSE LOSING THEIR HAIR IN THEIR 30s & 40s:

Drew Brees has clearly been spending his retirement, um, growing his hair, um, for television. pic.twitter.com/nHkoYWBLGA

On Sunday, Brees made his second appearance on NBC, and his hair somehow appears to look thicker than it was just a few days ago.

Where did Drew Brees get all that hair? pic.twitter.com/2c3kWSTHOr

Fans were again thrown off by Brees’ hair.

you think drew brees and jason witten got the same hair man?

When are we going to talk about Drew Brees' hair plugs?

Brees looks like a real sicko with these hair plugs https://t.co/VFtNczqF8W

Drew Brees and his fake hair make me sick. Shave your head like a real man!