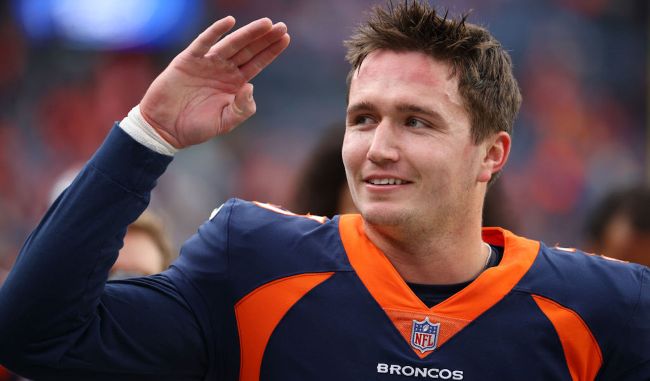 While the NFL is perhaps in the midst of its quietest time of the year, the league that never sleeps is always making headlines as evidenced by the fact that Seattle Seahawks quarterback Drew Lock found himself in the news this weekend for reasons he may not have expected.

Likely minding his own business and enjoying his July 4 weekend, the former Broncos QB found his Twitter mentions flooded after the official U.S. Open Twitter account took an unprovoked shot at the 25-year-old signal-caller.

In response to an apparent Seahawks fan who said that tennis isn’t “a real sport”, the U.S. Open account fired back by saying it’s ironic to hear such a comment from someone “about to watch 17 games of Drew Lock at QB.” The Seahawks, who shipped future Hall of Famer Russell Wilson to the Broncos this offseason, received Lock in return.

Lock, though, was a good sport about the U.S. Open’s shot at him as he gave the “intern’ who wrote the tweet a shout-out on social media:

After being drafted out of the University of Missouri in the second round of the 2019 NFL Draft, Lock went on to play in 24 games across three seasons in Denver and was the team’s starting QB in 2020. During his NFL career thus far, Lock has completed 59.3% of his passes for 4,740 yards, 25 touchdowns, and 20 interceptions.

Seahawks fans will obviously be hoping that Lock is a late-bloomer as they look to replace their former Super Bowl-winning QB, who will look to add a second title to his resume during his first season with the Broncos, who are one of the biggest Super Bowl favorites in the league this year.