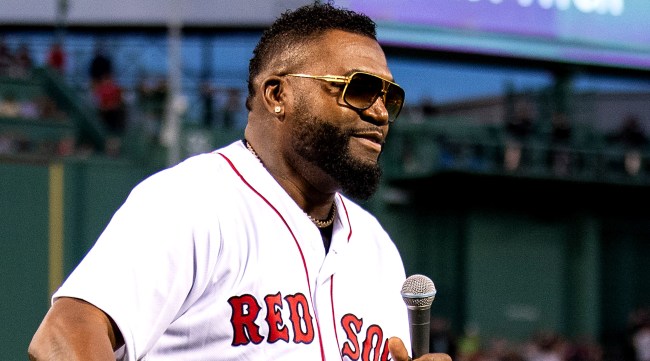 Almost six months to the day former Red Sox slugger David Ortiz was shot in the back by an unknown gunman, an arrest has been made as the accused drug kingpin connected to the shooting, Cesar Emilio Peralta, was captured and arrested by police in Colombia.

Six months ago, in the aftermath of the shooting, a report surfaced that a Dominican Republic drug lord had hired two men to shoot Ortiz because he believed the Red Sox legend was having an affair with his wife.

Shortly thereafter, 11 men were arrested and charged in the Ortiz shooting, with more than a dozen being incarcerated in total. None of them were the alleged drug kingpin.

Dominican officials claim that Ortiz was not the intended target, however, that claim seems dubious based on interviews with related parties.

On Monday, Cesar Emilio Peralta, who has been wanted by the FBI since 2018 for drug trafficking, was arrested in Cartagena, Colombia just one day after the FBI posted a $100,000 reward for information leading to his capture and prosecution.

The Dominican Republic Attorney General’s Office also announced that they had arrested Peralta’s wife, Marisol Mercedes Franco, during the raid on Peralta’s property, according to Dominican Rep News.