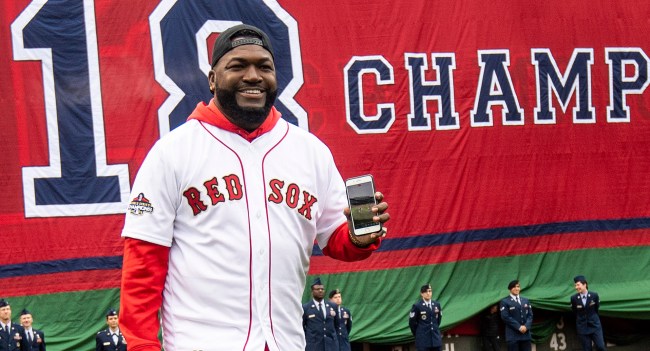 Dominican Republic authorities arrested an 11th suspect in the assassination plot and shooting of David Ortiz on Tuesday with even more arrests still to come, according to police.

This news comes just one day after Dominican Republic police reported that the suspect who allegedly paid the hitmen to shoot Ortiz had been identified.

Authorities said on Tuesday that they believe a known fugitive named Alberto Miguel Rodriguez Mota is the man who allegedly paid nearly $8,000 for the hit on the Red Sox legend.

While police are searching for Mota, they did make an 11th arrest in the murder-for-hire case on Tuesday, reports CNN. The suspect’s role in the case is expected to be discussed at a news conference on Wednesday.

As far as Mota’s involvement, according to CNN…

Rodriguez Mota met with another suspect, Gabriel Alexander Perez Vizcaíno, to discuss a plan one week before Ortiz was shot, according to the indictment.

Perez Vizcaíno was the go-between for Rodriguez Mota and another suspect accused of helping orchestrate the hit from a Dominican prison, identified as Jose Eduardo Ciprián.

According to court documents, Ciprián and fellow inmate Carlos Alvarez helped coordinate the shooting and distributed a $7,800 payment to the “sicarios,” or assassins.

On the day of the shooting Ciprián is believed to have texted from his prison cell a photo of Ortiz to Perez Vizcaíno, who is also known as “El Hueso” or “The Bone,” according to the court documents.

Perez Vizcaíno then met with a “criminal group” at a gas station to show them the photo of the person they were to “liquidate,” according to the indictment.

CNN also reports that police are searching for another suspect, Luis Alfredo Rivas-Clase, who goes by the nickname “El Cirujano,” or “The Surgeon.”

Nine of the suspects in the alleged plot have already been ordered to remain in jail for at least a year while they await trial.

As for who actually ordered the shooting of Ortiz, authorities have said that in addition to Mota, they are also searching for another yet unnamed mastermind behind the crime.