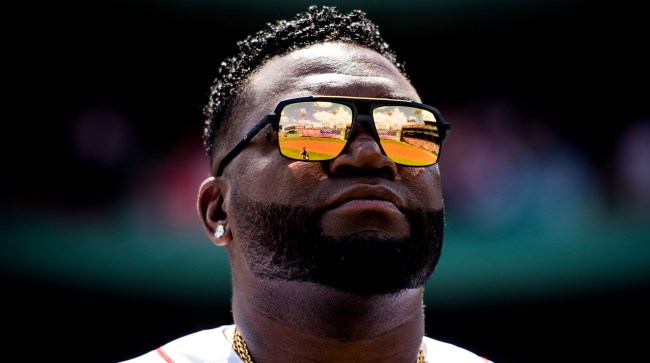 The story surrounding the shooting of Boston Red Sox legend David Ortiz has had more twists and turns than a Formula 1 road course.

First, we had reports that the shooter was hired by a drug lord over an alleged affair.

Then we found out that Ortiz may have known in advance that his life was in jeopardy.

We’ve also had statements from alleged mistresses and reports that Ortiz allegedly bought her an $84K Lexus the day before he was shot.

Another report claimed that the shooter admitted to the crime (for which he was paid a paltry sum), but claimed Big Papi wasn’t his intended target.

And now comes news that police say the suspect who allegedly paid the hitmen has been identified.

Dominican authorities say the suspect, Alberto Miguel Rodriguez Mota, is a known fugitive. He allegedly paid nearly $8,000 for the hit.

On Monday, a judge held a closed hearing for another suspect, Gabriel Alexánder Pérez Vizcaíno. Pérez Vizcaíno, whose nickname is “Bone,” turned himself in on Friday. He allegedly met with the gunman at a gas station before the shooting to show him a photo of the target, although Dominican officials have not confirmed if the photo was of Ortiz. The suspected shooter, Rolfy Ferreyra Cruz, previously told reporters that Ortiz was not his intended target.

The judge ordered Pérez Vizcaíno to one year in preventative prison during a closed hearing. Nine other suspects will also be held for up to a year.

CBS Boston also recently reported that prosecutors say they have determined a motive for the shooting and plan to release that information at some point this week.