Duke Is Officially The Worst, Best Top-10 Team Of All-Time Based On Wild Statistic After Final Four Loss 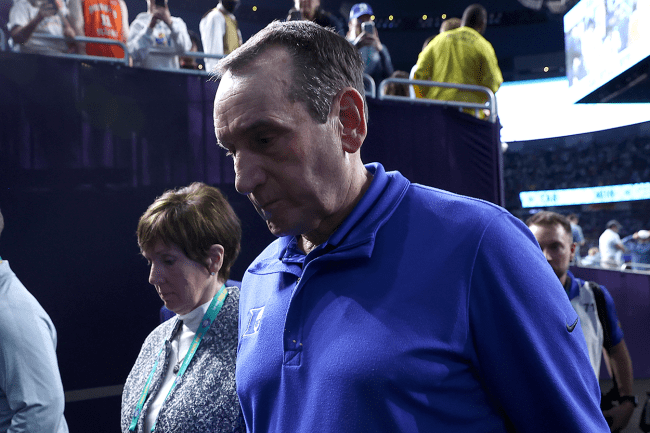 Duke basketball’s season came to a close on Saturday night, marking the end of Mike Krzyzewski’s career and the end of a historic season. With the loss, the Blue Devils are officially the worst best AP Top 10 team of all-time.

On one side of things, Duke made the Final Four. That means that they are one of the best four teams in the country after the 2021/22 season and what they did this year cannot be understated.

However, their final season record also comes with a wild statistic that means that they are one of the worst Top 10 teams of all-time.

The Blue Devils went 32-7 in 2021/22, which is a phenomenal record that most teams would sign up for prior to every year. But the seven losses tell a different story.

In each instance, all seven teams that put another 1 in Duke’s L column were unranked. Neither OSU, nor The U, nor FSU, nor UVA, nor UNC, nor VaTech were ranked within the top 25 when they beat the Blue Devils. Not a single one of them.

Since the AP Poll rankings expanded to 25 teams in 1989-90, Duke is the only team to lose seven games in a single season to unranked opponents while being ranked in the AP Top 10. Thus, Duke is the worst best Top-10 team of all-time.