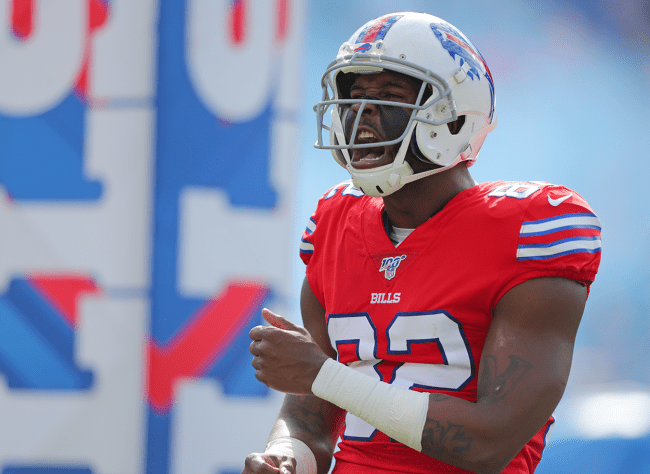 Former Auburn wide receiver Duke Williams has been in and out of the NFL and CFL throughout his six-year professional football career. He recently made headlines for losing his cool during pregame warmups, but he will not be suspended for a uniquely hilarious reason.

After going undrafted and spending the 2016 offseason with the Rams, Williams made his professional debut in 2017 with the Edmonton Eskimos. He quickly became one of the most dominant receiving threats in the Canadian Football League and led Canada in receiving in 2018.

As a result, he earned an opportunity to return to the U.S., signed with the Bills in 2019 and spent two years with the team. Williams has since returned to the CFL with the Saskatchewan Roughriders.

Prior to Saturday’s game against Toronto, Williams got himself in trouble. He threw a helmet at his opponent during a pregame altercation.

I don’t know how this started, but you have to think a suspension is coming. This is not what the league wanted to see in pregame warmup. pic.twitter.com/0JUdltj1eT

It was not a good look for Williams. However, according to Dave Naylor of TSN, a suspension for his behavior is unlikely.

The reason for his lack of punishment is… something.

According to Naylor, Williams will get off of the hook because the referees were not on the field. Therefore, they could not call a penalty. As a result, he will likely not be suspended for throwing a helmet at his opponent.

Williams, who currently ranks 10th in CFL receiving yards this season, has a history of angry outbursts. He was dismissed from Auburn in 2015 for a violation of team rules. It was later reported that Williams had punched four people at a bar.

This time, however, it does not appear as though there will be any repercussions for his pregame altercation. Wild!