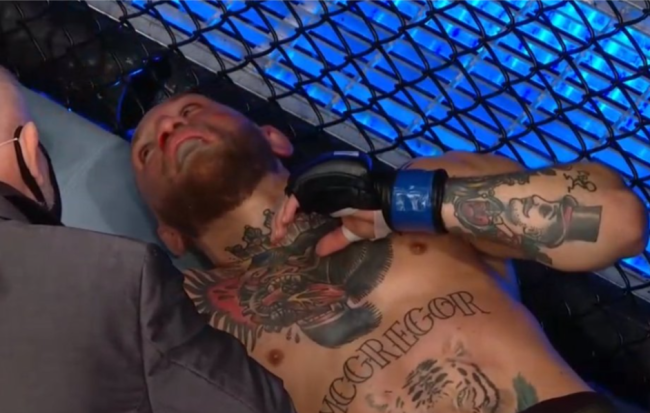 After bombarding McGregor with a plethora of leg kicks throughout the fight, Poirer was able to corner McGregor and knocked out the former UFC champion in the second round.

McGregor went on to blame inactivity for his loss and vowed to come back to the Octagon later this year.

McGregor: the leg kicks were good. the low calf kicks were very good.

McGregor mentions the inactivity as being an issue but says he will be back this year.

"You don't get away with being inactive in this business… I'm gutted."@TheNotoriousMMA reflects on his loss to Dustin Poirier at #UFC257 pic.twitter.com/K2Bu2Beryf