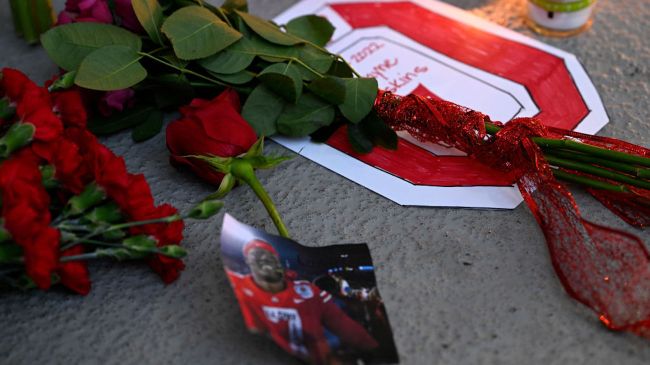 Users on Twitter, Facebook and Reddit were encouraging donations to Wolf Trap Animal Rescue (WTAR), the beneficiary Haskins had chosen to support in 2019 through the NFL’s My Cause, My Cleats initiative. His dogs “make my day brighter,” a then-rookie Haskins said. “A lot of dogs need homes and being able to have a dog and a companion in your life will definitely bring some happiness to you.” [via USA Today]

“I am devastated and at a loss for words with the unfortunate passing of Dwayne Haskins. He quickly became part of our Steelers family upon his arrival in Pittsburgh and was one of our hardest workers, both on the field and in our community. Dwayne was a great teammate, but even more so a tremendous friend to so many. I am truly heartbroken. Our thoughts and prayers are with his wife, Kalabrya, and his entire family during this difficult time.”

Our thoughts are with Haskins’ friends, family, and loved ones during this difficult time. May he rest in peace.