Dwayne Haskins Called Out Urban Meyer, Jay Gruden And Ron Rivera For A Lack Of Preparation 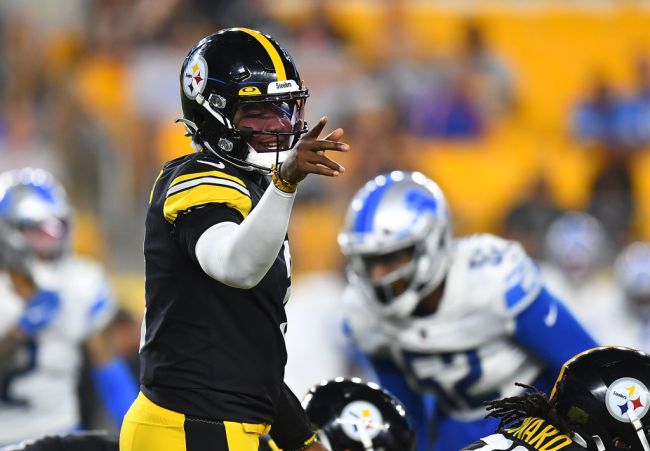 Whether he meant to or not, Dwayne Haskins took direct shots at the Washington Football Team after practice on Wednesday. The 24-year-old former first round pick spoke with the media and was asked about his time with Pittsburgh.

Haskins is slated to start in the Steelers’ final preseason game and hopes to solidify a spot on the team’s roster. He most recently led his offense on four scoring drives in Week 2 of the preseason and has been trending positively in his opportunities.

The success in Pittsburgh comes with a small sample size, but Haskins says that he has been enjoying his time with the team. A large part of his positive outlook, he says, comes from how head coach Mike Tomlin has prepared him.

Haskins: "I think that coach Tomlin does a great job as far as giving you a scouting report of who you're playing that week. I've never really had that before." #Steelers @937theFan pic.twitter.com/OyG52gHZWY

By praising his current head coach, Haskins indirectly threw his previous teams under the bus during the press conference. Haskins said — to summarize — that he has never really had a scouting report of who he is playing that week.

People immediately began to question the apparent lack of game planning in both Washington, his former NFL team, and in Columbus, where Haskins played three years at Ohio State.

What the hell was going on in Washington and Columbus?? https://t.co/8v4q3Q6QJZ

Does this mean that neither the Washington Football Team nor Ohio State provided their QB1 with a scouting report of the opposing defense?

Haskins played under Buckeyes head coach Urban Meyer from 2016 to 2018 before being drafted. He then suited up with the WFT for Jay Gruden in 2019 and Ron Rivera last season.

Meyer, of course, is now the head coach of the Jaguars. Does this mean that Trevor Lawrence isn’t getting a weekly scouting report? Did Haskins mean to let this tidbit slip? Were the shots intentionally fired?