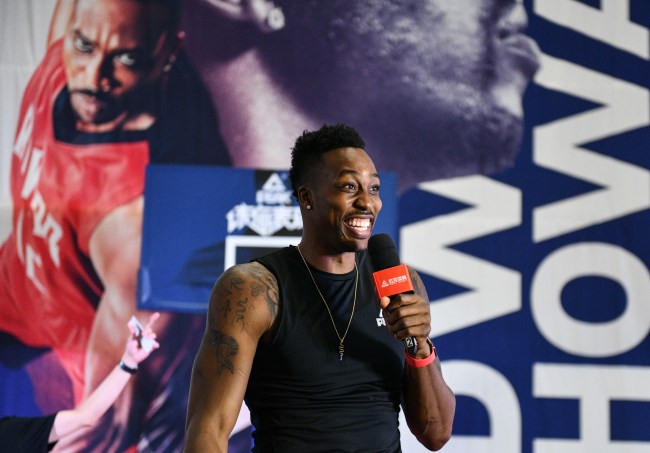 Dwight Howard seems to be taking this return to the Los Angeles Lakers pretty damn seriously, guys. While the former No. 1 overall pick was always in pretty solid shape, pictures of the eight-time All-Star hit the Internet the other day and, holy shit, the dude looks like he’s ready to eat every poor center in the league this season.

In preparation for the upcoming NBA season, Dwight has been working with Lakers trainer Gunnar Peterson, with both the trainer and Howard taking to Instagram to show some of the serious gains the big man has made this offseason. Legit, Dwight Howard looks like a real-life superhero, guys, because he’s shredded as all hell.

This is absolutely sicko jacked, guys. Even for those of us who remember Dwight Howard in his heyday — when he was a beast down low for the Orlando Magic early in his career — the body transformation that he’s gone through is mind-boggling. He’s both cut, trim and, seemingly, still just as powerful, so maybe he really is serious about repairing his image and dominating again on the hardwood after a few down years.

After a couple seasons in which Dwight Howard was nothing more than a joke because of his fall from grace, the big man signed with the Lakers and might be a serious X-factor if he plays motivated ball. And with a body like a Greek God at the moment, Howard sure looks like he’s prepping for a season that could extend into June — as in, you know, the NBA Finals. Lakers fans clearly hope that’s the case.