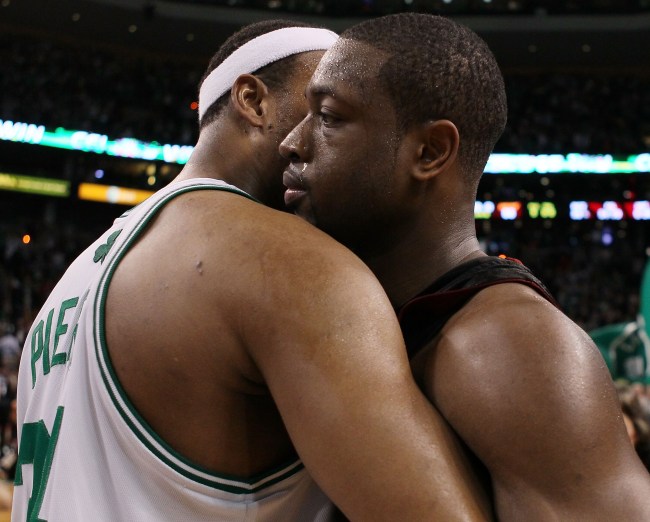 Paul Pierce’s life mission after retiring from the NBA is making sure you never forget he was in the NBA.

Pierce recently riled up NBA Twitter by declaring himself LeBron James’ biggest individual rivalry of his career before claiming he’s a better clutch shooter than Klay Thompson. Those declarations pale in comparison to outrage thrown Pierce’s way last month when he said he was a better player than Dwyane Wade.

The best response Pierce could get from Wade, aside from agreeing with him, is fighting back. That way, Pierce could remind everyone how he’s 15th all-time in scoring, and just one  of only three players to have scored more than 20,000 career points with the Celtics.

The worst response Pierce could get is what he actually got. TMZ asked the three-time NBA champion about Pierce’s comments and Wade took the highest road possible.

“I’m a high road kind of person I won’t put another black man down,” Wade said diplomatically. “He’s an amazing player. I have a lot of respect for him. I’m gonna clap when he goes in the Hall of Fame.”

Pierce’s brain is probably in a pretzel right now trying to figure out how to clap back to a genuine compliment.