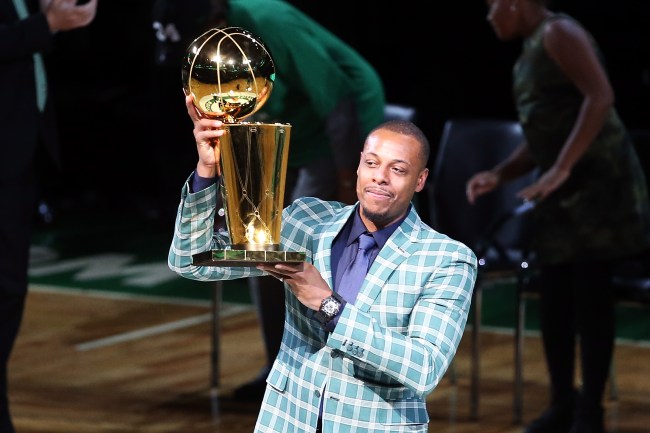 Paul Pierce the analyst has adopted a habit where he feels compelled to remind everyone how good Paul Pierce the basketball player was in his playing days.

Last week, the former Finals MVP deemed himself LeBron James’ biggest individual rivalry of his career. It should be noted that back in 2013, LeBron confirmed this claim, likely pulling from memories of Game 7 of the 2008 Eastern Conference semifinals in which LeBron scored 44, but Pierce had 41, including a pair of free throws to seal the game in the final seconds.

Before that, the Celtics legend made a claim that many NBA fans thought was solely intended to pump his own tires. When speaking about Klay Thompson’s lack of touches in need-a-bucket situations, Pierce had this to say:

“In clutch situations, it was money in the bank,” Pierce said. “We haven’t seen Klay in these situations quite a bit.

I actually agree with The Truth on this, but inserting yourself in a conversation about a current player comes off a bit Uncle Rico-y. And Twitter let him have it for it.

Paul Pierce: Tries to remind everyone how good he was

Twitter every time Paul Pierce tries to remind us of how good he is: pic.twitter.com/iUnFmBINDD

How Paul Pierce sees himself vs. how I see him: pic.twitter.com/hFK6uZ3h3m

Paul Pierce is an HOFer who played both Kobe and LeBron better than anyone in the league and has the coolest nickname in the history of sports and Gen Z NBA Twitter treats him like he's Swaggy P. https://t.co/QAR6MTUnxd

I sat and watched y'all turn on Paul Pierce.

Who ya got taking the last shot from the wing: Klay or Paul?