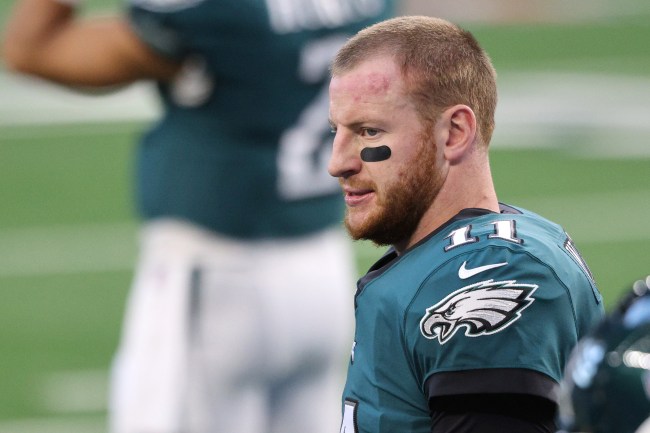 The Philadelphia Eagles insist on getting several first-round picks in exchange for Carson Wentz.

On Friday, NFL insider Ron Jaworski revealed that the best offer the team had gotten in a potential trade for Wentz is two second-round picks from the Indianapolis Colts.

That is the best offer the #Eagles have received – No first round pick offer for Wentz.pic.twitter.com/9ZGuiXI1nH

Les Bowen of the Philadelphia Inquirer, went on to add that “league sources doubt Roseman has been offered a first-round pick of any sort for Wentz, this year or in the future in his report.

Last week it was reported that the Eagles were only interested in getting a Matthew Stafford type deal that would include two first-round draft picks in a trade for Wentz.

Eagles are asking for two 1s for Carson Wentz, which has led to some dial tones, including from one team previously perceived to be a favored landing spot.

The Eagles' initial asking price for Carson Wentz was an equivalent of the return that the Lions got for Matthew Stafford, per several sources involved. They'll get less than that. How much less is the question.

But that it's negotiable shows they're ready to deal him.

If the Eagles are going to eventually have to lower their asking price for Wentz if they’re serious about trading him.