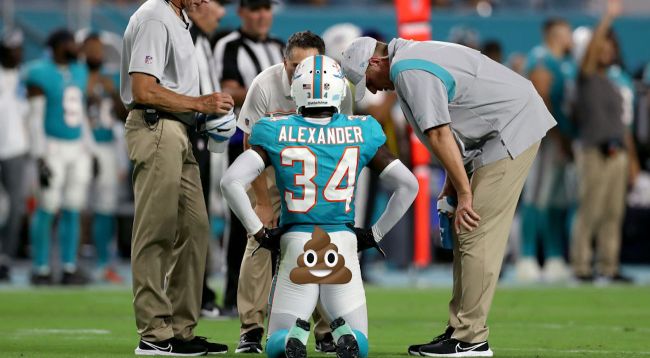 The Philadelphia Eagles and the Miami Dolphins were forced to cancel Thursday’s scheduled joint practice, and according to reports, it’s because a stomach bug has made its way through the Dolphins’ team and staff.

Today’s joint practice with the Eagles has been cancelled.

In a report from ProFootballTalk, the practice was axed out of an “abundance of caution” after members of the Dolphins reportedly caught a “stomach bug” that had them “sick and vomiting overnight.”

The Dolphins will be meeting virtually in hopes that keeping everyone distanced will keep the illness from spreading any further. The Eagles will practice on their own.

A game is scheduled between the two teams on Saturday and the plan is for that game to proceed as scheduled, although further spread of the stomach issues could lead to a reconsideration. [via ProFootballTalk]

The Dolphins and Eagles are set to play their third and final preseason game on Saturday, August 27, at 7 p.m.

Both the Eagles and the Dolphins find themselves in similar positions this year as they both have young quarterbacks facing prove-it years, as both teams have expectations of competing for a playoff berth.