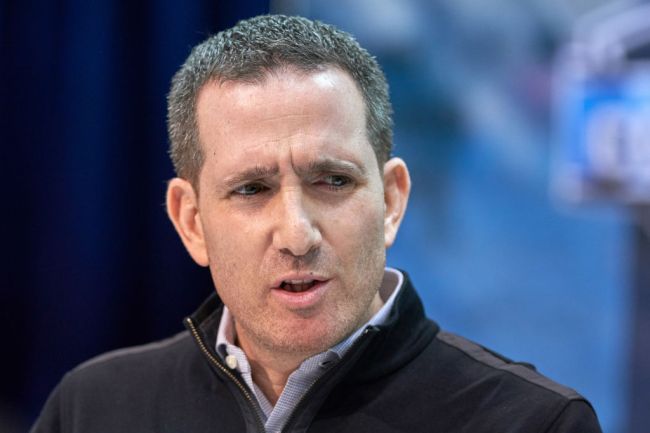 There were a handful of viral moments during the NFL Draft, such as Jaylen Waddle appearing not to want anything to do with his family after the Dolphins drafted him, but one of the most memorable snippets of the draft involved Eagles general manager Howie Roseman and a team scout.

After the Eagles drafted defensive lineman Milton Williams out of Louisiana Tech with the 73rd pick, draft coverage went inside Philadelphia’s war room where Roseman and almost everyone was celebrating the pick. Senior football advisor Tom Donahoe was visibly not pleased with the Eagles’ taking Williams, which led to a brutally awkward exchange between himself and Roseman.

Roseman joined SportsRadio 94 WIP on Tuesday and broke down the entire situation. Long story short, he hinted that Donahoe had his eye on Alim McNeill out of NC State, another lineman, which is what ultimately caused the cringeworthy moment.

Roseman also spoke on the narrative that he’s not all that collaborative with the team’s front office, and shot down those rumors rather emphatically.

So, it turned out that the cause of the awkward exchange was exactly what we all figured it was. Donahoe wasn’t pleased with Roseman going in a different direction.