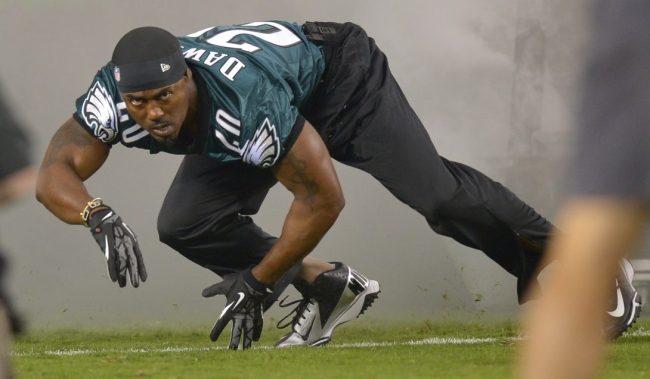 The Philadelphia Eagles are set to take on the New York Jets in their preseason opener on Friday. However, the fans are absolutely hyped about what they’ll be receiving at the game all thanks to Brian Dawkins teaming up with Marvel. Especially considering, those in attendance are going to get the sickest poster ever.

Brian Dawkins Featured With Wolverine On Sickest Poster Ever

According to Shamus, Brian Dawkins has collaborated with Marvel to create one of the best posters ever made. Anyone who attends Friday’s preseason matchup will receive this poster for free. The former Eagles legend explains how the collab came to fruition by stating he “heard about a special that Marvel was doing with a bunch of players as far as putting into the characters to the players we turn into on gameday. Them knowing that I love Marvel and love Wolverine so much, it kind of fit hand-in-hand to put me on that cover, which is an absolute blessing.”

Eagles will be handing out this Wolverine Brian Dawkins posters to fans at Friday’s preseason game on their way out of the game, beginning at halftime.

I interviewed Dawk about this collaboration with Marvel a few weeks ago: https://t.co/BdVQBvRt3s pic.twitter.com/LlEr6SOMc6

The fanbase is clearly excited about this poster, as the Eagles are doing them a solid with at the preseason opener. It’s a smart way to generate ticket sales. Perhaps Philadelphia can sell out the stadium, as it seems everyone is trying to get their hands on one of these posters.

Damn, I need this

This poster has me ready to fly to Philadelphia just to get my hands on a poster too! Considering Brian Dawkins is an Eagles legend and fan favorite, this is a genius way for the franchise to get butts in the seats at preseason games. Maybe more collaborations will come to fruition, as Marvel has a massive global reach.