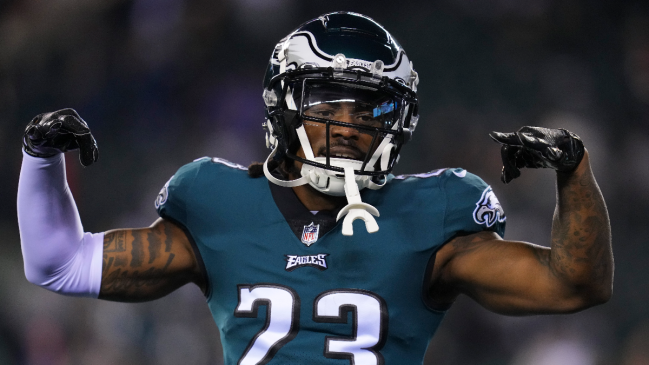 Philadelphia Eagles general manager Howie Roseman made a statement of intent when he acquired safety C.J. Gardner-Johnson from the New Orleans Saints in the offseason.

The move immediately paid dividends as well, as Gardner-Johnson picked off a career-high six passes during the regular season despite missing time due to injury.

But now Roseman and the Eagles have run into a problem. Gardner-Johnson is in the final year of his contract and is sure to land a pretty hefty contract in the offseason. Though he may not want to return to Philadelphia.

It’s nothing that Roseman or the organization did. But rather than an issue with the city itself. That’s because following Philadelphia’s 38-7 playoff win over the New York Giants on Saturday, the Eagles star says he had his car stolen.

Gardner-Johnson filmed a video following the incident saying that he knew who took the car.

He added, “Wow. Wow, that’s how y’all gettin down in Philly? After a win?”

There’s yet to be an update on the case and no one knows exactly what the car is, but it’s a pretty rough way to treat a guy that just helped your team reach the NFC title game.

Gardner-Johnson is an important part of defensive coordinator Jonathan Gannon’s defense. In addition to the six interceptions, he made 67 tackles on the season, including five tackles for loss.

He and the rest of the Eagles will now have to prepare for a new test when Brock Purdy and the San Francisco 49ers come to town for Sunday’s NFC Championship Game. The winner of that game will face either the Kansas City Chiefs or Cincinnati Bengals in the Super Bowl.