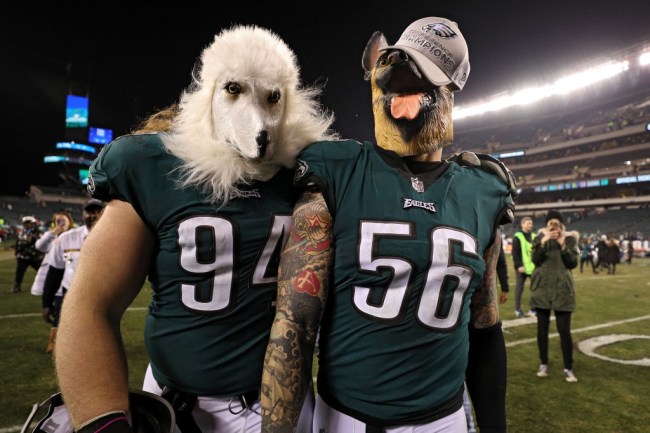 Throughout the NFL playoffs the Philadelphia Eagles have embraced their underdog role as they somehow made their way to the Super Bowl despite losing franchise QB Carson Wentz late in the season,

Pederson said he hasn’t been able to devote a lot of attention to the way his team’s improbable journey to the third Super Bowl appearance in franchise history has sent fans into near-delirium, but he appreciates it.

“I’m excited for our fans. They’re a lot like us. We’ve been underdogs, you know, for the last couple of weeks. Our fans feel that and they understand that,” Pederson said. “We hope to have the entire Eagles nation up in Minneapolis for a game in two weeks.”

After yesterday’s win the Eagles official Twitter account went on to roast anyone who picked against them in the NFC championship game.

No one is picking the Eagles to pick the Patriots in the Super Bowl but it seems like Philly fans are used to being the underdogs at this point.

The Philadelphia Eagles are the biggest Super Bowl underdogs since 2009.

The Westgate SuperBook in Las Vegas on Sunday installed the Eagles as 5.5-point underdogs to the New England Patriots for Super Bowl LII.

Other sportsbooks went higher. The Wynn opened at New England minus-6.5, and Caesars Palace and Station Casinos each made the Patriots minus-6.