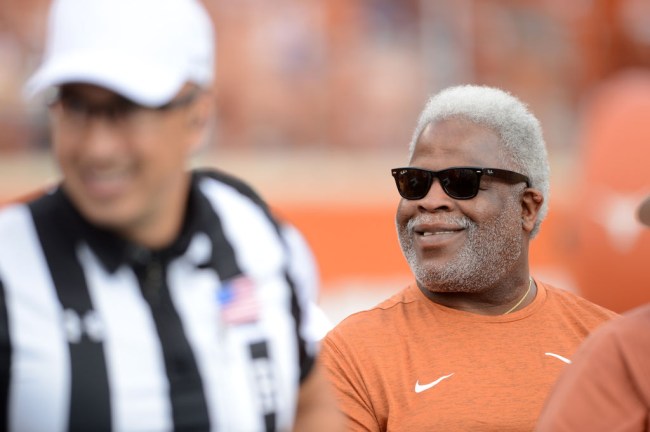 Earl Campbell doesn’t like the fact that his Texas Longhorns are 5-3 on the season or the fact that they haven’t been remotely relevant since 2009 when they lost to Alabama in the national title game.

Therefore, he’s come up with a solution as to how they can turn things around and it all starts at the quarterback position.

Step 1: find a replacement for Sam Ehlinger; it has nothing to do with his skillset or the fact that he’s seventh in the country in total passing yards, but it’s his skin color that’s the problem.

Step 2: get a ‘talented, black quarterback’ because Texas needs to realize that you can’t be successful without one.

His words, not mine.

He offered up these thoughts to Kirk Bohls at The Statesman.

“Until the University of Texas realizes you have to have a black quarterback, and nothing against Ehlinger, you got to have a talented, black quarterback,” Campbell said. “All these schools that are winning, even in the pros, have black quarterbacks. When guys are not open, something can still happen.” He mentioned Tua Tagovailoa, Vince Young, Jalen Hurts, Deshaun Watson and J.T. Barrett, who wanted to come to Texas.

It’s no secret that the Longhorns are trending in the wrong direction losing two of their last four games, but it’s a little bit unclear whether or not that has anything to do with the color of their quarterback. It may have something to do with the fact Tom Herman could be a completely overrated coach, but that’s a story for another day and far less hot of a take than the race of the quarterback being an issue.

Campbell is one of the best players to ever wear a Longhorns jersey and best running backs to ever do it winning the Heisman Trophy in 1977 before being selected for five Pro Bowls in the NFL, but wow this quote is, for lack of a better term, something.

Campbell, who’s had a number of major health problems and in the past battled painkiller addiction since retiring from the game, has been on record multiple times saying just how soft football is these days.