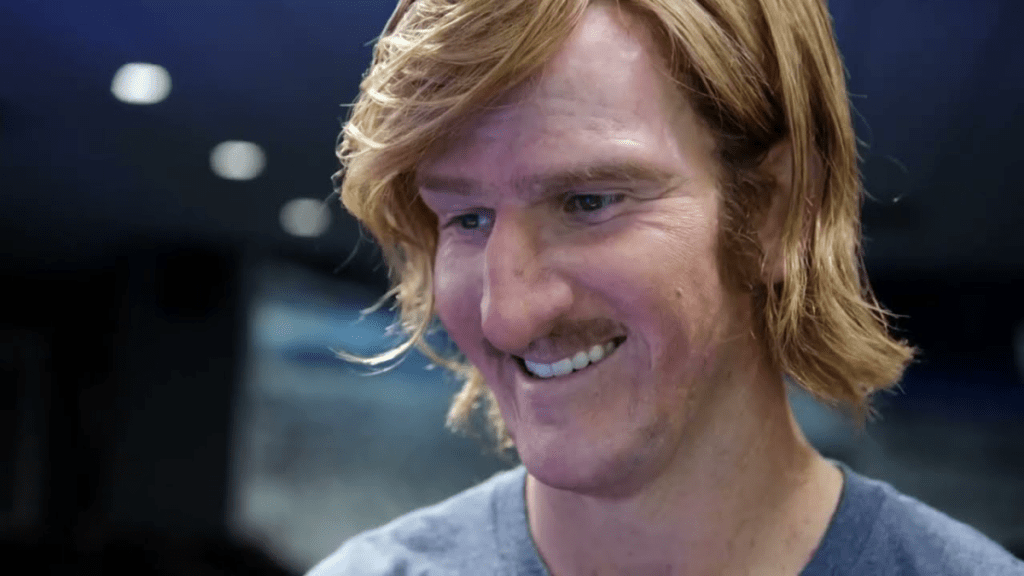 It’s been over 1,000 days since Eli Manning played his final NFL game; on December 15, 2019, the quarterback capped off his 16-year career with the New York Giants by leading the team to a 36-20 victory over the Dolphins in front of a home crowd that got to watch the man who helped the franchise win two Super Bowls go out on a high note before passing the torch to Daniel Jones.

The quarterback officially retired a little over a month later, and after taking some time to relax, he decided to make the leap to broadcasting after signing a deal with ESPN last year.

Manning kicked off his second act with a bang by teaming up with his brother Peyton for the wildly successful Monday Night Football simulcast known as “The Manningcast,” but he’s also devoted plenty of time to Eli’s Places, the solo project on ESPN+ that follows the retired QB dropping in on college football program around the country.

Eli Manning’s latest stop brought him to Penn State, where he disguised himself as a walk-on named Chad Powers before crashing an open tryout

Wednesday’s installment of Eli’s Places will revolve around Manning’s trip to State College, where he spent some quality time with the Penn State Nittany Lions—including a chunk where he channeled his inner Karl Havoc and crashed an open tryout disguised as a walk-on named “Chad Powers.”

Manning got some help from the mustache and prosthetics he turned to in an attempt to go into Incognito Mode after undergoing a transformation that seemed to really tickle the funny bones of Peyton and head coach James Franklin.

Plenty of Penn State staffers seemed to know something was amiss when “Chad” rolled into the tryout, and it’s safe to say he didn’t do himself many favors by posting a time of 5.49 in the 40-yard dash (which isn’t actually that awful when you consider the 41-year-old ran it in 4.9 seconds at the NFL Combine all the way back in 2004).

He did manage to turn some heads with his passing game, although he ultimately failed to make the team after Franklin jokingly cut “Powers” from the competition before Manning revealed his true identity.

In August, Penn State provided a behind-the-scenes look at what went down after the younger Manning Brother shed his disguise, as the QB took the time to chat with some of the actual undergrads who were vying for a walk-on spot in addition to other members of the team.

It also turns out the walk-ons (which Penn State refers to as “run-ons”) who did make the team will have the opportunity to benefit from Manning’s prank, as the school’s NIL collective is now selling shirts to generate funds that will be handed out to those non-scholarship players.

We're thrilled to partner with @pennstatefball on this epic Chad Powers merch. ALL proceeds go to our run-ons. #nil #pennstatefootball #chadpowers

For more news on Eli Manning’s Exploits as Chad Powers, check out these stories: