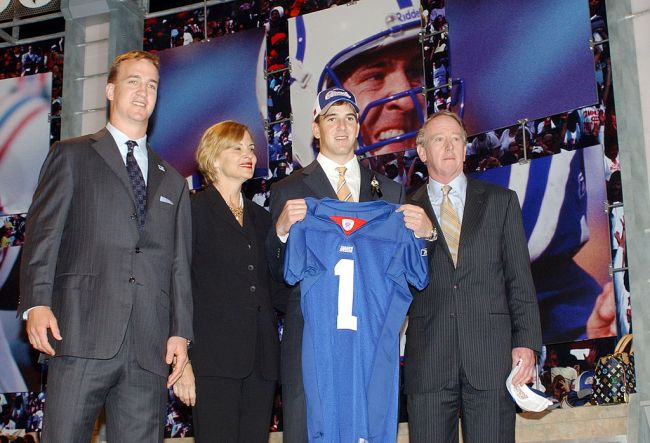 A 17-year-old mystery has been solved and the answer is exactly what most people expected. Eli Manning finally explained why he refused to play for the Chargers.

Back in 2004, Manning was the consensus No. 1 pick and San Diego drafted him first overall. However, he was quickly traded to New York and played his entire career with the Giants.

There has been a lot of speculation throughout the years as to why Manning was not interested in playing for the Chargers. Archie, his father, took a lot of the blame over the years and has said that a big part of the decision came after he spoke with Ryan Leaf’s father about the organization.

Eli has had multiple opportunities to come clean on the decision. Back in 2013, he was asked about his refusal. His response?

Now that Eli is retired, he doesn’t seem to care about hurting anyone’s feelings. He cleared up the truth — 17 years later — earlier this week.

During an interview on the “10 Questions with Kyle Brandt” podcast, he revealed why he was not interested in playing for San Diego.

Basically, it was because they were bad.

Perhaps more specifically, it’s because the organization was quickly gaining a reputation as a place for young quarterbacks to avoid. Drew Brees had a terrible first two years with the Chargers and that came right after the team’s debacle with Leaf.

“It was my decision having talked with my agent, coaches, [general managers] and owners,” Manning said. “Going through the draft process, I was just worried about the Chargers organization at the time. I felt it was the right decision and I had a little pull.”

He also wanted to be clear that it was not Archie’s decision, but his.

“It wasn’t my Dad. He was trying to take the heat off of me, he knew I was going to get criticized,” Manning said to Brandt.

Just days before the draft, Manning’s agent Tom Condon let San Diego know that he would sit out the entire season if the organization drafted him. Eli told Brant that he tried to avoid the negative press that could surround the Chargers.

“I quietly tried to say ‘Hey, please don’t draft me, it can be our secret,’ and they didn’t keep the secret part very well,” he said.

Obviously, San Diego ignored both warnings and drafted him anyway with a trade deal in place. It lead to the most awkward draft day photo in NFL history. 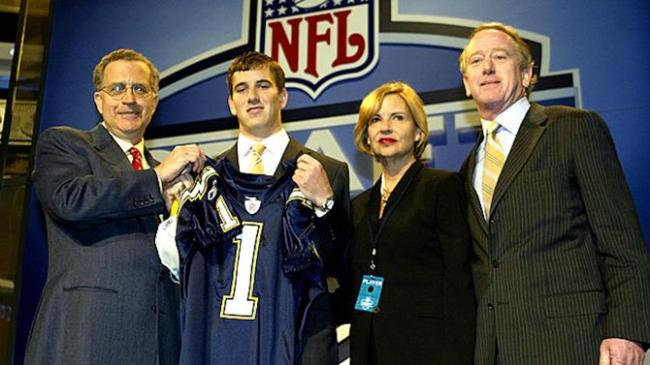 Shortly after the photo, Manning was traded to the Giants for Phillip Rivers and a few draft picks. The rest is history.