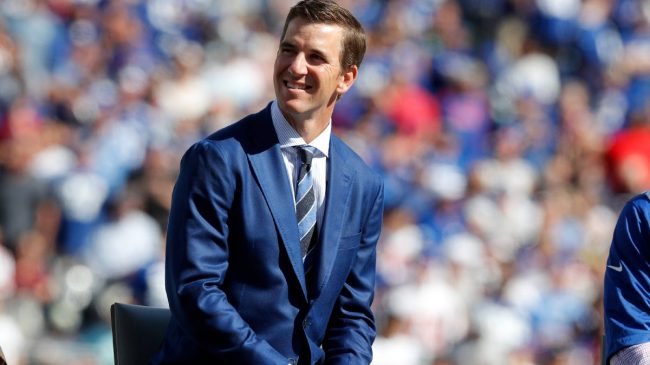 Draymond Green saw a brief exit from Game 2 of the Warriors’ playoff series with the Grizzlies.

In the opening minutes of action, the forward caught an elbow to the eye causing him to fall to the floor for a number of moments. When he gathered himself up off the court, he was seen with blood running down his face.

The injury caused Green to hit the locker room early, though he was able to return later in the contest.

Green has already been involved in a bit of controversy on the hardwood. In Game 1, he was ejected for a flagrant two foul on Dillon Brooks. That incident got the Memphis faithful all kinds of fired up.

So, when Green suffered the injury on Tuesday, a barrage of boos was heard coming from the Grizzlies fanbase as he made his way off the court.

That led a frustrated Green to flip off the home crowd, flashing two big middle fingers before heading to the locker room. The move landed him a fine, which he doesn’t seem too worried about.

Draymond with a message on his way to the locker room. pic.twitter.com/ftIvSS00JE

After the game, viewers were talking about the double middle fingers on social media. One of the most hilarious reactions came from former NFL star Eli Manning.

I apologize for starting this trend!! https://t.co/ikkQ2cnnqF

Manning turned to Twitter on Wednesday to post his hysterical response to Draymond Green flipping off fans.

“I apologize for starting this trend!!”

The Super Bowl winning quarterback took some heat last year after flipping a double bird to the audience during his Monday Night Football broadcast with brother, Peyton.

The response from Manning was perfect, bringing a little light to the incident. We’ll see if Green is involved in any more controversy in Game 3.