Eli Manning Responds To Jags’ Jalen Ramsey Trashing Him: ‘Who?’ 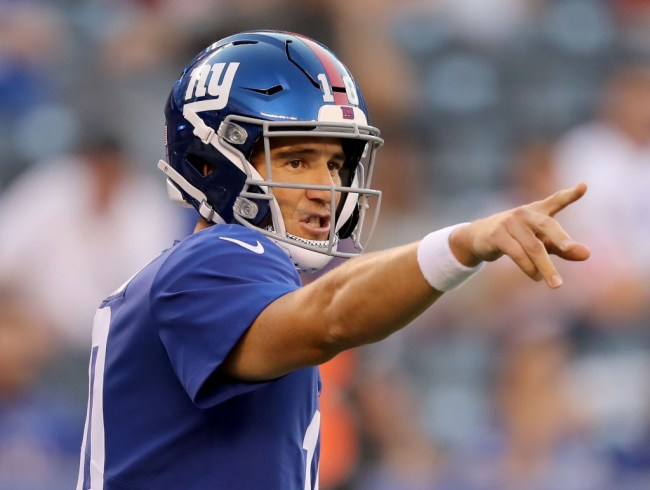 In a scathing interview with GQ’s Clay Skipper that hit the world wide web today, third-year cornerback Jalen Ramsey talked trash like he’s been in the league for a decade. No one was safe from the 23-year-old Pro Bowler’s ire—including Buffalo’s Josh Allen (who he called “trash”), Baltimore’s Joe Flacco (who “sucks”), Atlanta’s Matt Ryan (who’s “overrated”), and Pittsburgh’s Ben Roethlisberger (“decent at best”).

Editor’s Note: Ramsey was in middle school for Eli’s first Super Bowl victory in 2008 and a high schooler in Brentwood, Tennessee for Eli’s second Super Bowl W in 2012. He may have been too young to remember that Eli didn’t have Odell for either of them. I would know, I’m a Patriots fan.

In any event, the Giants’ record-holder for yards, touchdown passes, and completions responded to Ramsey’s harsh critique of him after Wednesday’s joint practice with the Lions.

That reaction is SOOOOO ELI. Like he knew he was obligated to defend himself but since trash talking isn’t in his nature, his “Who?” retort sounded like he was pushing out a poop after eating a bowl of razor blades.

We’ll see who gets the better of one other when they face off in week one on September 9th.

P.S. To see if your quarterback was safe from Jalen Ramsey hate, consult the below cheatsheet.

P.P.S. A lot of nastiness coming from the Pro Bowler, but lets not forget how nasty he is on the field.