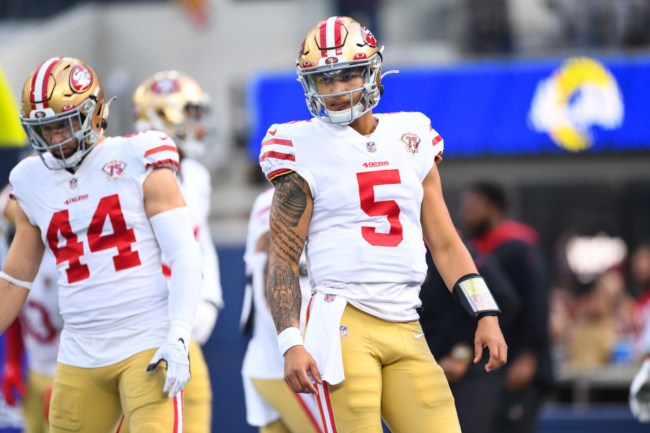 There is a lot of pressure on second-year QB Trey Lance heading into the upcoming NFL season, whether or not he delivers and lives up to expectations is the question on every San Francisco fan’s mind.

Acho and ‘Speak For Yourself’ co-host Marcellus Wiley ranked and graded the sophomore quarterbacks around the NFL earlier this week. When it was Acho’s turn to give his thoughts on Lance, he did not hold back with his criticisms.

“There’s a reason they call him ‘one play Trey’ and a reason he only started one game. The Niners chose to play Jimmy Garoppolo with a broken thumb over their top-three first-round pick. There’s a reason for that.”

Acho proceeded to give Lance a 2 out of 10 ranking, while Wiley was a bit nicer in giving him a 5.

The expectation heading into the upcoming season is for Lance to be QB1. Jimmy Garoppolo is still a 49er, however, which is surprising given how talks and rumors were spinning a few months back about San Francisco dealing him as soon as possible.

There’s still time for Garoppolo to get moved and this becomes Lance’s team, but Acho isn’t so sure that’s a good idea for the 49ers.