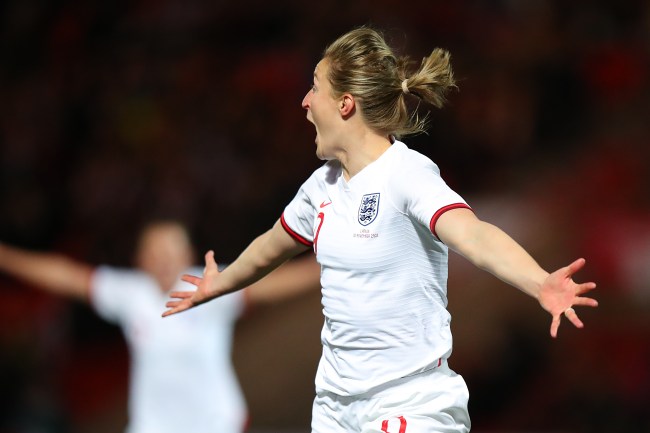 We have seen some wild scores in world football, especially in women’s world football. It just happens sometimes when you put Tahiti in a Confederations Cup group with defending World Champion, Spain (10-0). It happens when you put the US Women’s National Team in a friendly against Paraguay (9-0).

We’ve even seen a couple of 8-0 scorelines on the men’s side of this year’s UEFA world cup qualifiers. Still, it’s rare to see a team do what England did on Tuesday. In a match against Latvia, the England Women’s National Football Team won by the unbelievable scoreline of 20-0.

Another step on our journey to @FIFAWWC qualification. pic.twitter.com/WWjY9I4wyU

No, that’s not a typo. They actually won 20-0. That amounts to a goal roughly every 4.5 minutes in spite of the fact that Latvia started with possession on 21 separate kickoffs. The match gets even more ridiculous when you dive into the stats.

Latvia didn’t manage to get off a single shot in the match while England attempted 64 and put 31 of them on target. England held 86% of possession in the match while completing 701 more passes than Latvia, who only completed 48% of their passes.

10 different players scored for England in this match. 4 of them scored hat tricks. One of those hat tricks came from a player who didn’t enter the match until the 60th minute.

This demolition was a continuation of what has been an absolutely dominant World Cup qualification campaign from the Lionesses. The win pushed their goal difference in Group D to 53 goals. That goal difference was already looking pretty good after England beat North Macedonia 8-0, Luxembourg 10-0, and had already beaten Latvia 10-0 last month.

The win was the largest ever by an English national team of any level or gender, but, it shockingly isn’t the largest in international competition or even in World Cup qualifying. Both of those records belong to Australia. They beat American Samoa 31-0 in a qualifying match for World Cup 2002.

Whether they hold the record or not, I would not want to run into this squad in their current form.