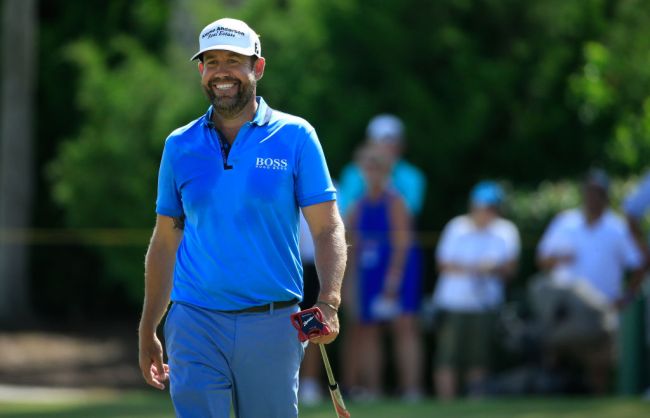 Only four players among the 100-plus player field punched their ticket to the Honda Classic on Monday and Compton was one of them after shooting a 7-under 65.

The simple fact that Compton made it through is a great accomplishment by itself, but it’s even more special given the fact that he is a two-time heart transplant survivor. The 41-year-old hasn’t played full-time on Tour since 2016 and nearly gave up the game altogether not too long ago, but has continued the grind, which paid off big-time on Monday.

“I played great today,” Compton told the Palm Beach Post. “I’ve been playing well lately, hitting a lot of fairways and greens, so I figured why not give it a try? It feels great to earn my spot again.”

Compton is the only known professional athlete to undergo two heart-replacement surgeries. According to the Palm Beach Post, it got to a point in 2008 where he began calling his loved ones to tell them goodbye while on his way to the hospital for his second heart transplant. The first of his transplants came when he was just 12-years-old.

Compton has been here, done that, however as his last start on the PGA Tour came at the 2019 Honda Classic after Monday qualifying that year as well. He missed the cut at the Honda in 2019, but finished fourth at the event back in 2013.

It’s been a pretty strong stretch for Compton as he got re-married just last week and now has a chance to get back into the mix at a PGA Tour event this week.