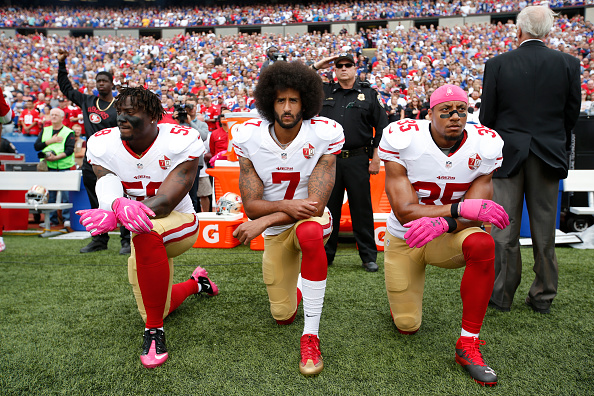 Following Nike’s surprise announcement there were plenty of mixed opinions all over social media regarding Nike’s decision to sign the politically active Kaepernick who is currently suing the NFL for allegedly blackballing him. One particular hot take can from ESPN anchor John Brickley who asked if Kaepernick was going to donate any of his money to the cause. 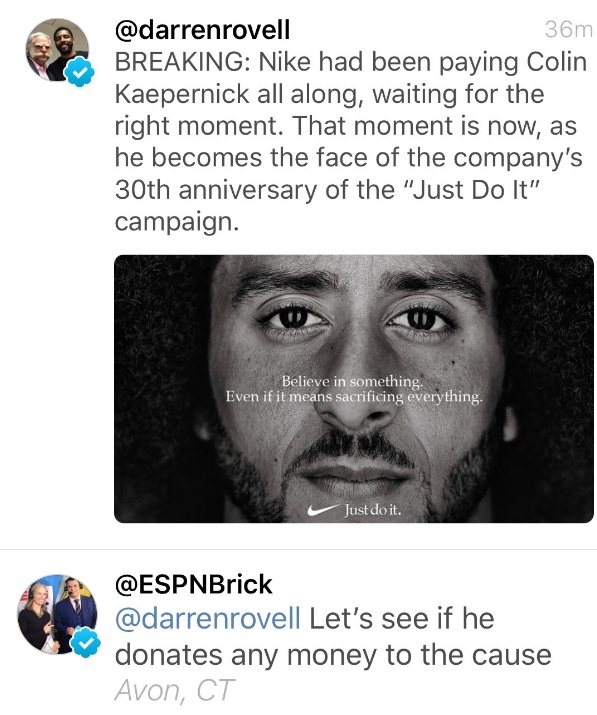 You deleted it because you couldn't handle how it made you look, not because it's not what you meant

How can you work for ESPN if you didn't even know that Kaepernick has donated any money? What other sports stories are you not aware of? 😂