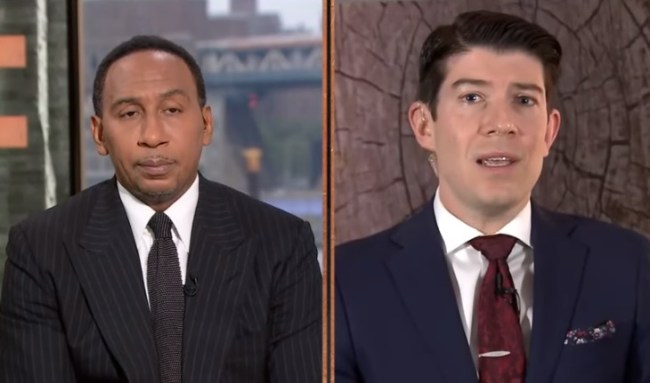 ESPN MLB insider Jeff Passan took time out of his day to set Stephen A. Smith straight over his controversial comments about Shohei Ohtani.

On Monday afternoon Smith received a ton of backlash after he said Ohtani was “hurting the game” because he didn’t speak English and used an interpreter while speaking to the media.

Stephen A. Smith on Shohei Ohtani: "I don't think it helps that the number one face is a dude that needs an interpreter so you can understand what the hell he's saying in this country."

“When you talk about an audience, gravitating to the tube, or to the ballpark to actually watch you, I don’t think it helps that the No. 1 face … needs an interpreter to understand what the hell he’s saying,”

After hearing Smith’s comments Passan promised to make an appearance on “First Take” to share his thoughts on the situation.

I’ll be on First Take tomorrow morning to talk about Shohei Ohtani.

I’ve got some things to say.

During his appearance on “First Take” Passan said Ohtani is living the American dream and that ESPN should embrace him instead of “trafficking in ignorance.”

"He is the sort of person who this show, who this network, who this country should embrace. We are not the ones who should be trafficking in ignorance."

“[Ohtani] is the sort of person who this show, who this network, who this country should embrace,” “We are not the ones who should be trafficking in ignorance.”