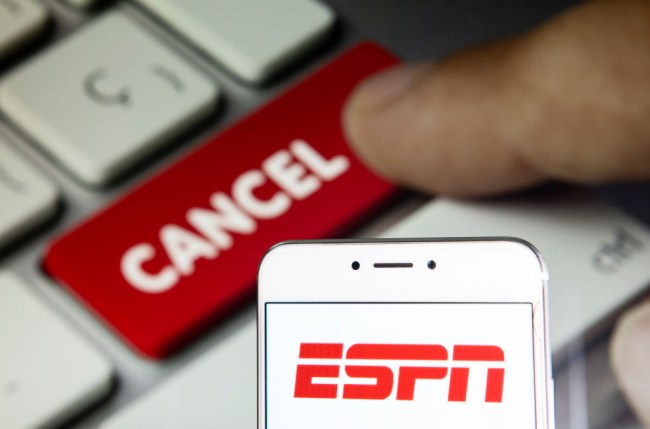 According to a report from Sports Business Journal, ESPN is set to cancel ‘High Noon’ at the end of March. The show, co-hosted by Pablo Torre and Bomani Jones, will be replaced by ‘Jalen and Jacoby’ during the 4:00 PM EST slot.

‘High Noon’ only began in June of 2018 and while it started out as a one-hour program airing on ESPN it was recently cut to a half-hour show.

According to SBJ Media, viewership has dropped 3% between Q1 of this year and Q1 of last year. According to ESPN’s statement, the company has no plans to have Torre or Jones completely leave the worldwide leader in sports.

“Co-hosts Pablo Torre and Bomani Jones are extremely talented and they helmed what we believed was a smart and nuanced show. Unfortunately, not enough people agreed with us. We look forward to discussing with them how to best utilize their talents across a variety of ESPN platforms.”

Jones and Torre appear on a number of other programs on the network, most notably ‘Around The Horn’ and ‘Highly Questionable.’

For anyone that’s ever watched the show over the past year and a half or so it may come as a shock to hear of ESPN pulling the plug. Jones and Torre always had a strong, funny chemistry on camera and the show felt very ‘new-age’ as they took part in thought-provoking, yet also funny, discussions not only what all was going on in the sports world but other viral clips.

As for the rating drop, one would imagine that they would be almost unavoidable moving into the awkward hour of 4:00 PM EST.

Twitter reacted to the news and most people out there aren’t too thrilled about the show being canceled:

The way they were able handle a slew full of topics, inject some humour

RIP @HIGHNOONonESPN, you were too pure for this world pic.twitter.com/98hcCTIXSS

I loved “High Noon.” Pablo and Bomani always had new ways to look at and talk about things that had been talked about to death the entire day already and still felt fresh and smart https://t.co/MpZDgAZR37