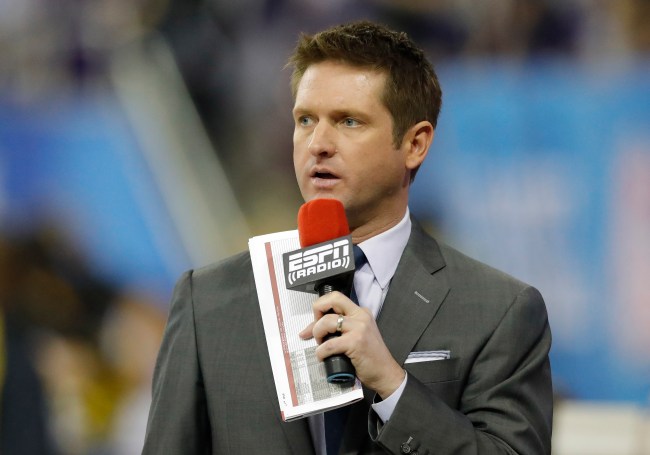 ESPN is going to be without one of their longtime draft analysts for tonight’s NFL draft.

Hours before the draft, Todd McShay announced that he was going to sit out the draft because he was recovery from the coronavirus.

It’s unclear when McShay contracted the illness but many fans had questioned why he was left of ESPN’s draft day coverage list that was released a few weeks ago.

ESPN and NFL Network will combine to offer a singular presentation of the 2020 NFL Draft. Here’s the plan: pic.twitter.com/ZaavHYWEhh

Journalists, players, and fans came out and wish McShay well.

We miss Todd and are thinking of him, constantly. Get well soon! https://t.co/ZknBnQUgan

We got you @McShay13 … and as you know nothing actually keeps @MelKiperESPN in line. Be well , be strong and get back when you are ready. Love you buddy https://t.co/1VwoXxK79G

We will miss you dearly, Todd, but you’re doing the right thing and I’ve got your hard work nearby for reference. It won’t be the same but we continue to pray for your complete recovery.🙏🏻 https://t.co/Ipjs7iWP3N

Todd McShay was kind of enough to come on with me at Teddy Bridgewater’s pro day in 2014 and was one of the nicest dudes and has been since then. Todd knows his stuff. Feel better soon, Todd. We will miss you this year on the draft! https://t.co/zxJg0A11xY

Oh my goodness. The NFL draft without Todd McShay?! https://t.co/d5Na1nd9UB

Todd McShay is recovering from coronavirus and won’t be on draft coverage tonight. Get well soon, Todd! https://t.co/4Pmr0IPS9V

Wow – you will be missed, but you are doing the most important thing you could be doing – taking care of your health. Rest up and hope you feel better soon.